“Hi, my name is Daniel,” a boy stutters softly as he walks up to the
doorway, “and this is a seventh-grade math class. We’ve been
working on solving equations and correcting our homework, and right now
we’re
going over some work we did yesterday.” He smiles, turns, and heads
back to his desk. His classmates, all the while, work quietly, showing
little
interest in the speech. Daniel is a student at Wintergreen Interdistrict
Magnet School in Hamden, Connecticut’s first partnership with Edison
Schools, Inc., a company (headed by former Yale president Benno Schmidt)
that manages public schools for profit. Daniel is also one of the
school’s
“greeters,” Edison-prescribed tour guides who inform visitors
of the daily happenings.
Since it opened in 1998, Wintergreen has been welcoming visitors of all
kinds—researchers, politicians, prospective parents, and curious
local
residents—every day, and the school has appeared glamorously in
publications
like Time and The New York Times. For Connecticut, Wintergreen is the
first
for-profit educational venture, serving k-8 students from Hamden, New
Haven,
Wallingford, and Woodbridge. For Edison, which typically commandeers
failing
public schools, Wintergreen is the first interdistrict school and one of
the
few schools with a majority of white, middle-class kids. “We have a
very, very diverse learning population here,” Dale Bernardoni, the
school’s
principal, told me. “We don’t have a population that’s
98 percent minority or 80 percent free- or reduced-lunch.”
In the mid-nineties, a vacant school on Wintergreen Avenue came to the
attention of the Hamden school board as they faced overcrowding.
Realizing
that the state would pay for renovations if the school became an
interdistrict
magnet, the board secured the participation of three area school
districts.
With that, “wims,” as Wintergreen is affectionately known, was
born. None of the four districts sending students wanted to manage the
school
or supply the curriculum, so they looked elsewhere. They decided that the
nitty-gritty details, like employment and maintenance, would fall to Area
Cooperative Education Services (aces), a subdivision of the State
Department
of Education  which operates magnet schools and arts and special
education
programs in southern Connecticut. Curriculum, technology, and teacher
training
would come from Edison. “We’re a public school in every
way,”
Bernardoni told me, “except that we follow an Edison design and
we’re
managed by aces. So we follow all of the standards that are part of being
a public school, such as teacher certification, using the Connecticut
Mastery
Tests as a tool for assessment, and getting our funding from local and
state
taxes.” A steering committee, composed of superintendents and school
board members from the sending districts, aces representatives, and Edison
representatives, oversees the whole process. “This is a very complex
school,” Bernardoni admitted.
Over the years, educators, politicians, and community leaders in New Haven
have been joining the growing ranks of Wintergreen’s interested
observers.
In recent months, more and more of them have been expressing a desire to
bring Edison into New Haven’s public schools. This is true even
though
for weeks, the media have been trumpeting Edison’s scandalously
failed
bid to manage five New York City schools and allegations that the company
kicked out under-performing and minority students at its San Francisco
school.
And the latest Edison Schools Annual Report described Wintergreen’s
trends in state test scores as “strongly negative”— in
fact, the school received the worst performance rating of any Edison
school
in the nation. The percentage of fourth graders at the school who met the
state goal for reading in 1999 had fallen from 56 percent, the state
average,
to 50 percent.

Edison claims to sell an innovative and thoroughly researched product to
its schools. According to its web site, the company has “designed
an absorbing curriculum, anchored by ambitious standards for student
achievement.”
Every Edison school uses the same battery of programs. For reading,
teachers
use Success for All, a program developed at Johns Hopkins University; for
science, a National Science Foundation program; for math, Everyday
Mathematics,
a program developed at the University of Chicago; and for history and
social
studies, an ethics program developed by the Heartwood Institute. Edison
schools are divided into “academies”—which correspond,
more or less, to elementary school, middle school, and high
school—but
the programs of study are similarly conceived for each one: Edison devises
a curriculum on the corporate level that schools are obliged to
follow.
On a visit to Wintergreen, I sat in on a first and second grade reading
class. Every morning, from 8:30 to 10:00, students in kindergarten through
fifth divide into Success for All reading classes. As Edison’s
website
expounds, “The whole school is reading! The next 90 minutes are the
most precious of the Edison day. Families are urged not to make
appointments
for students during the reading block, and teachers are given release time
only for emergencies. The whole school is focused on building reading
skills
with the Success for All program.”
Instead of grouping students by grade level, Success for All uses
“tracking.”
Students are tested and placed into classes according to scores. The class
I visited was made up of high-performing first graders, average second
graders,
and low-performing third graders. At the beginning of the period, students
were sitting in small groups. The teacher had written the words
“plenty,”
“coyotes,” “whispered,” “molasses,”
and “sight” on the board and had asked the class to write
five
sentences using those words. Like most features of the Edison curriculum,
this activity has a special name: Meaningful Sentences. Though some
students
seemed to be hard at work, others were obviously not on task. When I asked
one nine-year-old what he was writing about, he replied tersely, “I
don’t know.” Other students I asked—younger ones who
sat
together mutely—did not even reply to my question. The teacher, all
the while, sat at her desk in silence.
By nine o’clock, the class had moved onto a new activity called
Adventures
in Writing, a prompt-based writing exercise related to a story the class
has been reading. “What are five things that you would bring with
you
if you had to move?” the teacher asked the class. “I want you
to think first, and then to list them.” She repeated “five
things”
over and over again and then asked the students what important piece of
information they need to tack on to the end of their lists. None of the
kids figured it out, and the teacher finally told them: “I want you
to write ‘These things are important because….’”
This method of teaching, which is an integral part of the Edison design,
also has a special name: Direction Instruction. Edison describes Direction
Instruction as “explicit teaching combined with skilled questioning
and observing to assess student understanding.” Or, as Jack
Gillette,
head of the Yale Teacher Preparation Program, exaggerated,
“Chanting—Ah-Eh-EEh-Oh-Ou.”
While students immersed themselves in Adventures in Writing, the teacher
told me that behavior had been a problem lately. “Some of the kids
are new this week,” she said, “and they’re getting used
to my expectations.” Success for All allows kids who score high
enough
on periodic assessments to move up into higher-level reading classes
during
the year, and this class had just received a fresh batch of advan
cing
students.
She does not think, though, that the mixture of ages in her class is bad
for the kids socially. “It usually ends up balancing out. It
definitely
works.”
Success for All runs on a rigid five-day schedule that cycles throughout
the year. On day one, the teacher introduces vocabulary and a story. On
day two, the class finishes the story and participates in vocabulary
building
activities. Days three and four focus mostly on Meaningful Sentences and
Adventures in Writing, and on day five the class reviews the weekly story
and takes a short test. Each activity has a specific time limit and
structure,
described thoroughly in the Success for All handbook, and teachers are
expected
to adhere to the schedule. “Pop in and out of classrooms,”
Edison’s
literature says, “and you’ll see the same structure and
routine
during these 90 minutes.” Success for All and Edison, in fact,
require
that a multicolored set of five posters outlining the Success for All
schedule
in great detail be up in every reading classroom. The first few lines of
the poster for day one, for example,      read,
“Listening
comprehension—20 minutes; Reading together—55 minutes.”
Success for All and Edison representatives come around every so often with
checklists in hand to make sure everything is in order. 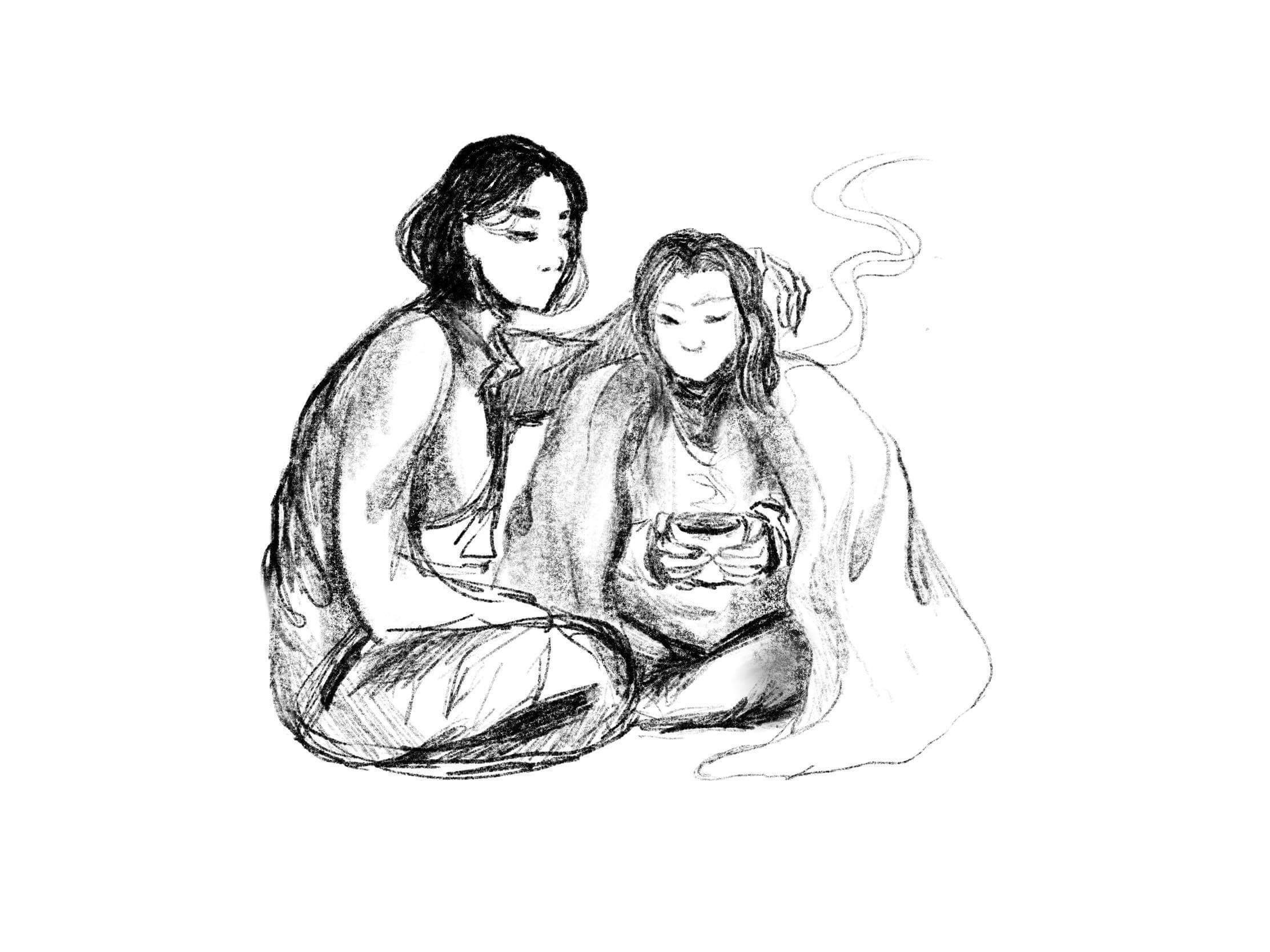