Dickie and I are flipping through an old edition of Playboy when his next customer comes in. I start with embarrassment as the door to Dickie’s second floor atelier opens, but he continues poring over the pornography. He turns a glossy page with his right hand while beckoning with the other to the middle-aged woman arriving for a trim. “Take a seat over here and Nancy will give you a wash,” he says, and in the same breath asks me to guess the identity of one particularly buxom bunny. Though I’m usually prepared for pop quizzes, this isn’t really my subject.

“That’s Pamela Anderson, right there, before she had any work done. What a natural beauty.” He ruffles through a couple more pages of the 1995 issue, which features an Ivy League spread showing off sexy Yale girls posing provocatively on Cross Campus. He arrives at his destination and points to a brunette on a love seat. “She’s a former client!”

Dickie, whose real name is Gaetano Ferriuolo, is the owner of The Workshop, a small, second-story hair salon on Chapel Street couched between Book Trader Café and Thai Pan Asian. The New Haven native and former hippie is an expert in curls. Young Dickie showed no signs of being a future hair parlor prodigy. He didn’t cut his siblings’ hair, nor did he style his stuffed animals. He did, however, grow up with severe dyslexia—a disorder he credits for his skilled hands. “It’s like being blind—you can hear better. I used what I had,” says Dickie, who preferred to get thrown out of class rather than read aloud.

Though Dickie now seems a naturalborn stylist, he didn’t choose his calling. Rather, a juvenile court did, after Dickie dropped out of high school with several friends to become a bookie. “We were any mother’s dream,” he jokes. He took bets on local sporting events until he was 1 , when he was arrested for bookmaking. The path to curl connoisseurship was born in court. “You have to tell the judge you’re doing something with your life. So my lawyer said, ‘Tell them you’re going to go to barber college,’ and the judge actually made me go.”

After receiving his barber’s license, Dickie went straight to work. His “hands of gold,” as he refers to them, were an immediate success. Dickie had clients lining up outside his shop waiting for their turn in the hot seat before he was old enough to buy the Playboy whose bunnies he would one day style. “I was a tender young boy—just the kind you like,” the tirelessly bawdy Dickie says, giving my knee a playful tap. As Dickie’s body matured, so did his professional interests. “All the pretty girls were going to hairdresser school, so I decided to go to hairdresser school,” he tells me. After graduation, his career skyrocketed. He went from trimming New Haven’s most coveted coiffeur’s hair to working at his salon. Soon he was in New York City, employed by a Fifth Avenue salon—a place so stylish that all of its employees had stage names. Dickie went by Mister Dick.

Soon it was the sixties. “I ended up with some genius non-conformists,” says Dickie, who later found himself hanging with a Studio 54 crowd. One of the innovators with whom Dickie worked was Paul Mitchell, whose brand is still king at upscale hair salons. “We were the first ones to really cut hair,” he declares. the phone rings. “this is vanna white looking for me,” he jokes before answering. “She thinks I’m a slut. She’s right!” Though a stylist who can handle unruly curls is a true gem, Dickie is a jewel still rarer: A professional with a personality. “I’ve never been known not to have personality,” he says proudly. In the face of cold and impersonal standards of professionalism, Dickie shares as much as he shears. I knew more about his love life by the end of my first visit to his studio than my freshman year roommate knew about mine when we moved out in May. As he chats through extended curl sessions, it becomes clear that Dickie’s notions of time and money veer from the norm. “I’m not trying to make any money. I don’t need to make any money. I’m doin’ this for fun,” he says. Still, despite all of these quirks, he is, and by his own account, always has been, a remarkably successful hairdresser. “They were banging down the door,” Dickie boasts of the clientele he drew even as a barber fresh out of vocational school. While businessmen around him worry about an economic recession, Dickie, who works just three days a week in his own salon, has the leisure to worry about a recession of passion.

“Passion is falling by the wayside,” he says in a rare moment of despondency. “The young people in all the arts are losing passion—passion to write, passion to make art, passion to cut hair.” But Dickie has faith in today’s Yale students. “You’ve got a good group now,” he says. “Let’s write; let’s sing; let’s do sculpture; let’s cut hair. It’s coming back.” Dickie’s passion is unadulterated. The intentions of this hairstylist, whose life’s only paradox is the irony of a balding man with a specialty in thick hair, are refreshingly uncomplicated. With the seriousness of a young boy asserting that he wants to be an astronaut, he says, “All I wanna do is cut hair.”

Laura Zax is a sophomore in Silliman College 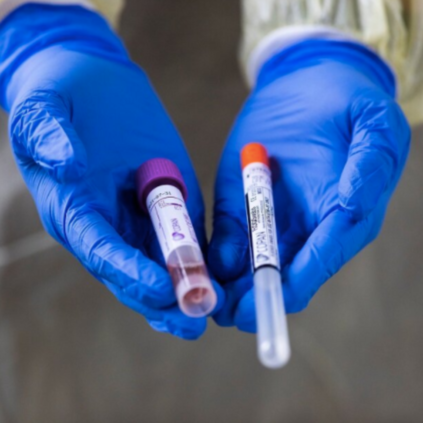 The Campaign to Convince