The Voynich manuscript is a centuries-old document written in a language which no one can understand or even recognize. For most of its time at Yale, it has gathered dust in the Beinecke Rare Book Library, hidden from sight. Recently, however, it caught the eye of some documentary producers interested in making a film about it. The Beinecke librarians are now scrambling to update and expand the manuscript’s profile. The Voynich manuscript wasbrought it to the Sterling Memorial Library’s conservation laboratory. Here, two outside specialists are analyzing the pigments in its ink and carbon dating a tiny sample of its vellum. “There are people who spend all their time thinking about this thing,” explains Bobbie Pilette, who is the head of Yale University Library’s Preservation Department, one week after the testing. “There are entire websites devoted to it.”

To a professional conservator like Dove, however, the map is a complicated interaction of paper, ink, and time. She sits quite straight, her forearm resting on the table, and works with deliberate, dispassionate precision. Her focus is not on Nova Scotia or George Washington, but on removing decades years of decay, wear, and negligence in order to restore the map to its original condition.

In this case, some of the map’s deterioration was actually caused by now-outdated preservation techniques. Today, most of the processes used to repair books can be reversed in case future conservators want to restore the book to its pre-repair condition. “Whatever we do could be undone without further damaging the material,” says Pilette. “You don’t know what future researchers might be looking for.”

For example, if a book’s spine is damaged beyond repair, Yale’s conservators can attach a new binding to the pages of the book with a reversible wheat starch adhesive. This means that they could easily remove the binding if it became damaged again or if a researcher were to think it necessary. “You can literally brush water on this and it will peel right off,” says Ian Bogus, holding a half-reconstructed book. As head of General Collections Conservation, he is responsible for protecting and restoring most of Yale’s collections. Some have been damaged through student abuse, but most have simply deteriorated over time. Besides constructing replacement bindings, Bogus and his assistants’ tasks include designing custom boxes to house more sensitive books. Each box must prevent its contents from warping or damaging under its own weight, so boxes are built to fit books’ lengths, widths, and heights almost as exactly as the green husk of a chestnut encases the fruit itself.

Some books, however, are beyond repair. These tomes, having reached the end of their lifespans, go down the hall to be reincarnated as text divorced from its original material self. While microfilming used to be the most common mode of reformatting, these days, a book’s pages are scanned and and a facsimile is madereprinted on more durable paper, or its the content is added to a growing digital database of book images. At his desk, surrounded by books with dusty and yellowing pages, reformatting specialist Gareth Gibson (last name) is occupied withbusy digitizing issues of the the library’s copies of the Yale Daily News printed during from the World War Two II era. He is ensuring that each article electronically links to its full continuation, and checking for completeness—not even an advertisement will be missing from the digital record. He once stumbled across a photograph a Yale student snapped of the Hindenburg zeppelin as it flew over the Uuniversity on its way to its fateful crash. In general, however, if he starts to read whatever he is working on, Gibson says, “you just get swamped.”

Gibson and his colleagues in the Preservation Department are technicians and scientists, not researchers or historians. “A book is a mechanical object. Whatever you do affects how it will operate in the future,” says Pilette says. There is little content that could excite these conservators as much a certain antique ink called iron gall. Used widely in Europe starting in the medieval period, iron gall was usually a homemade ink, mixed according to family recipes that were already centuries old. An individual would prepare his or her own ink from wasps’ nests in oak trees, and often distillingled the ink with wine or beer according to family recipes that were passed down through centuries. As a result,, iron gall ink is unpredictable, highly acidic, and difficult for conservators to treat.

Christine McCarthy, the Yale conservation lab’s chief conservator, displays a “common-place book” written with iron gall and containing disorganized notes and records that crowd to the edges of each page. The title on record for this book is “Memoranda, historical notes, curiosities, and opinions on various subjects.” Sadly, the author’s reddish-brown scrawl has begun to bleed through the pages, as the acid in his homemade ink dissolves the paper on which he wrote. “There is no right answer for treating something like this,” McCarthy says.

Yet for all their technical expertise, good conservators need something more than chemistry and patience. Their work is “very artistic at times,” says E.C. Schroeder, who oversees all acquisitions, cataloguing, and preservation of materials at Beinecke Library. “It requires hand-eye coordination, good motor skills, and a sense of design and style—a sense of how to preserve the original.” The conservator must be sensitive to the thoughts and intentions of minds many centuries goneauthors long dead, who survive only through the namesas names on the title-pages of the in the books they bound, but that sensitivity must also be matched by consideration of researchers and scholars in centuries to come, who will be the ultimate beneficiaries of the conservator’s work. 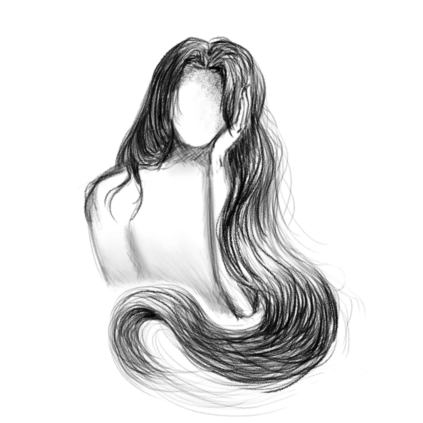