Catch Him If You Can

Tucked away in an office on the third floor of WLH, Professor Kirk Wetters is pulling a con job. While his colleagues in the German Studies department lecture on the Brothers Grimm and the Weimar Republic, Wetters teaches classes whose connection to the studies of his colleagues is tenuous—“Literature, Politics and the Public Sphere,” “Literature of Travel and Tourism,” and, this past fall, “Confidence Games: Fakes, Frauds, and Counterfeits.”

Wetters’ desire to teach a course on confidence games was sparked by Orson Welles film F for Fake, the famed director’s late-career meditation about art as forgery, the artist as forger.  Indeed, Wetters includes on his syllabus Thomas Mann’s Confessions of Felix Krull, Confidence Man: The Early Years, the famous novel narrated from the first-person perspective of a con man—a doubly unreliable narrator.

But the desire to study such dubious protagonists is hardly what drew most students to the course. One student discovered the class through his interest in psychology and improv comedy. A graduate student who took the course last semester had worked on cases of ID theft, another in advertising. Failed relationships and the sting of betrayed confidence informed another student’s decision. Understandably, then, the class currency was often personal baggage. Lessons flowed from one personal tale of deception to another. And, of course, class discussion itself could be an interactive lesson in conning:  convincing the professor that you’d done your homework.

But the course’s academic anchor was literature. Wetter uses literary analysis as a means of seeing the con man not merely for the con but also for the man.  American literature in particular romanticizes the con man as an ideal of individualism, entrepreneurship, and consummate freedom: the trickster man is in complete control of his end and identity. Yet in German, the word for con man literally translates to “high class beggar.” The con man may have you in his thrall, but he’s fundamentally dependent: he needs you, desperately, to believe him. Confidence is a precious resource, and the con man requires it in abundance.

As such, being a con man is not something that every Tom, Dick, and Bernie is cut out for. “There are only two things that would make you into a con man,” suggests Keith Rubin ’12, one of Wetters’ students. “The first is a man with absolutely nothing to lose, and the second is a psychopath.”

In Rubin’s opinion, the most sinister feature of the scammer is the subtleness of his crime. The con man’s successful schemes meld seamlessly into everyday life.  The conned does not discover the con until it’s too late. Philosophers often address this particularly disturbing quality of cons, arguing that a married man who is totally oblivious to his wife’s infidelity is in worse straits the man signing divorce papers. The authenticity of our experiences is one of the fundamental qualities of a good life, and cons completely undercut this authenticity.

But perhaps the most pragmatic lesson this class taught was what to do if you have the misfortune (or perhaps fortune) of discovering you’ve been conned. You can develop a hardened, more cynical attitude towards your relationships—the intuitive reaction for many victims—or you can choose to accept the scam with a sigh and move on. However, acceptance doesn’t mean you’ve thrown up your hands and resigned yourself to the con man’s insidious ubiquity.  On the contrary, it means you’ve denied the scammer his ultimate moral victory: the destruction of the very idea of confidence.  You’ve conned the con man. 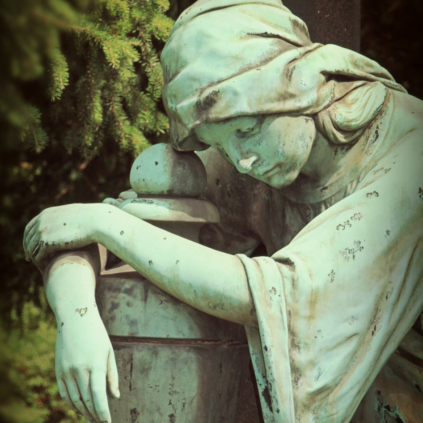