A string of multi-colored Christmas lights and the blue-green glow of sunlight filtered through tarp illuminate the food tent at Occupy New Haven. Several cardboard signs bluntly demand that occupants clean up after themselves. The food tent is known more officially as the Food/Library Tent. Half is for food, and half is called the lounge, according to demonstrator Jim Ferrara, a construction worker by day. “This is us basically,” he said, waving a hand at four mismatched chairs, a makeshift bookcase crammed with paperbacks, a bulletin board marred with memos, a battered bass drum, and a generous bouquet of fresh red roses.

On an unusually temperate November day,  protesters ranged outside, some preparing the tents for anticipated rain. Between sixty and eighty-five people sleep here regularly, depending on whom you ask, but many more gather for General Assembly planning meetings on Sunday afternoons. Demonstrators assemble not only to articulate their movement’s objections—to the roles of major banks and corporations in the democratic process and in the current recession—but also to govern this new, tiny, self-contained and well-regulated city on the New Haven Green. At the heart of this operation stands the food tent.

“We were going to have set meal times, but it’s too hard to get someone to cook,” Ferrara told me. The protesters rely instead on frequent spontaneous acts of cooperation. Early-rising protesters often make pots of oatmeal for the group. Some prepare vegan soups to be eaten communally after returning to the encampment from a day of work. Veganism and vegetarianism are common here, though perhaps not as rampant as at other Occupy protests. Dakota Ellingsworth, a physics student on a leave of absence from Carnegie Mellon, eats meat and was pleased to discover that Occupy New Haven also caters to the occasional omnivore. He arrived here after some time at Occupy Pittsburgh, where the meals were hot and regular but contained no meat.

Ellingsworth admires New Haven’s protest. “They’re a good bit more organized than Pittsburgh,” he mused as he gazed upon the Food/Library Tent. While Occupy Pittsburgh is a larger protest, it’s squeezed into a tiny corner of downtown, not sprawled comfortably over a grassy expanse. Richard Riley, a handyman who had been here since three days after Occupy New Haven began October 15, told me that the demonstrators’ rapport with the New Haven Police Department also makes their encampment a model of orderliness among similar protests nationally.

Bread, peanut butter, grape jelly, muffins, paper plates, napkins, and three pump bottles of Purell hand sanitizer were laid out at lunchtime that day. “I only want half a muffin,” Riley said, using a pocketknife to slice a fat blueberry one. He grabbed a cruller from a cardboard box of sticky donuts and a paper towel and stooped to exit the tent into the sun.

A steady stream of donations to the tent shows the demonstrators enjoy support from the community more broadly. The sleek Occupy New Haven Web site provides a streamlined conduit for donations to feed the protesters. Specific needs—canned goods, tarps, socks, bug spray—are listed there like demands for a new world order. Mediterranea Café on Orange Street took after New York restaurants in offering a special vegetarian “Occu-pie,” which sympathizers could pay to have delivered in bulk to protesters. Est Est Est and other pizzerias have also donated pies.

“We get it together,” Ferrara said. “Everybody pitches in.”

Book Trader donates bread to the protest. Atticus donates bread by default, to occupiers who requisition the bags of day-old baguette the store dumps on Chapel Street. Currently, the protesters have a surplus of bread. Ferrara worried aloud that their other supplies were getting low, though it certainly didn’t look that way to me. A cadre of bookcases contained canned vegetables and beans and pasta—and confectioner’s sugar, instant coffee, an economy-sized bottle of Vitamin C. A crate of pears, apples, carrots, and red potatoes rested on a makeshift bench. The potato peelings were destined for a special bin nearby. Occupy New Haven, like other Occupy protests, composts.

The occupiers don’t have a refrigerator, but they do have a camping stove for cooking, a five-gallon water cooler that could have been borrowed from an office break room, and a fire extinguisher close at hand. Smoking is prohibited inside the food tent. Matt Smith, a construction worker with tattoos encircling his left bicep, chastised and chased away another occupier with a lit cigarette. Smith has spent every night on the Green for the past week and a half and hopes everyone will stay into the spring. “Hopefully through the winter, at least.”

Riley was also thinking ahead to the first frost. When I met him, he had just finished raking leaves. He said his freelance repair work usually slows down in the winter. “So I’ll be able to concentrate, make this my job, help people winterize their tents.” A few days later, demonstrators would line the food tent with insulating foamboard and lay linoleum to keep it clean. They plan to install a solar-powered heater. The Occupy movement’s long-term demands may be expansive, but the immediate goals of this village are clear and sensible. Prepare the tents for rain or snow. Cook a pot of soup and clean up the mess. Wait. 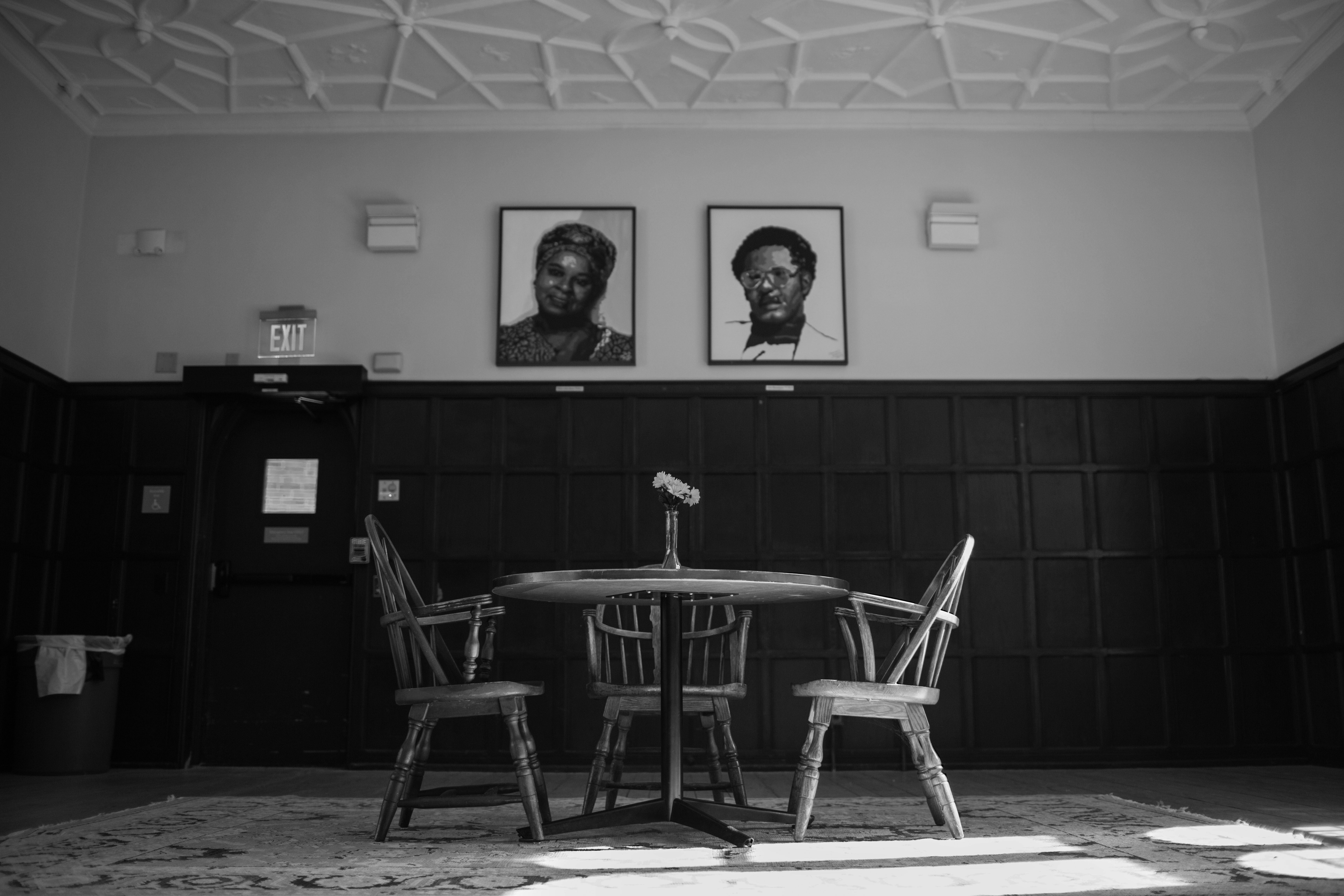 Of House and Home