When Gabriel Prieto was a little boy, he ran around the hills of Huanchaco, Peru, collecting tiny beads and shiny ceramic fragments. As a fifth year PhD candidate at Yale, his perspective has changed, but he hasn’t stopped running his fingers through the soil. Prieto has spent the last two years excavating the 4000-year-old remains of the north coast Peruvian fishing village of Pampas Gramalote.

Beginning in the summer of 2010, he picked carefully through layers of dirt, finding the decaying remains of totora reeds still twisted together in ropes as if just released from a fisherman’s hands. With surprise and delight he found that the ancient fishermen of Pampas extracted red pigments from plants and shark lipids in order to dye the cloths they tied to fishing nets—the same red cloths fishermen in Huanchaco tie on their nets today.

A century earlier, in 1911, Yale assistant professor of Latin American history Hiram Bingham III and two Peruvian colleagues followed a native boy high up into Peru’s mountains, where they stepped into the remains of Incan imperial city Machu Picchu. The tops of stone walls and terraces barely showed beneath a mass of jungle and wild vegetation. As he gazed out at the ethereal ruins, Bingham likely felt great awe.

Though separated by a hundred years, Prieto and Bingham shared what has now become a guiding principle of Yale’s archaeology department: the desire to academically, cross-culturally collaborate. Prieto thinks of today’s efforts as essentially finishing the project that Bingham began a century ago, when he entered Peru with the intention of studying its ancient culture. Until recently, the legacy of Bingham’s work has not represented this sensibility.

In 2011, Yale and Peru agreed on terms for the repatriation of the artifacts that Bingham had excavated, with the Peruvian government’s blessing. By November 2012 the collection would be fully returned and available to both parties at the newly launched Universidad Nacional San Antonio Abad del Cusco-Yale University International Center for the Study of Machu Picchu and Inca Culture, accessible to faculty and students from both universities.

Through the efforts of Richard Burger ’72, chair and director of graduate studies for Archaeology, Yale students should have the opportunity to take part in the excavation of the Casa Concha, a fifteenth century Incan palace and home to the center, this summer. They would work alongside archaeology students from the University of Cusco. The dig would serve as part of a practical course—provided it receives enough funding, likely from Yale donors. 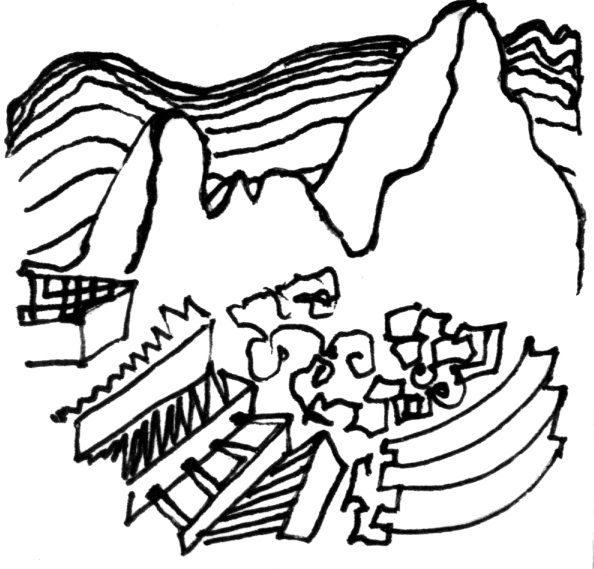 And Prieto hopes to contribute to Professor Burger’s effort. Although Prieto has already worked with several students from Yale and from his Peruvian alma mater, the University of Trujillo, he wants to draw these two groups together in a formalized, meaningful way through collaboration on his project in Pampas Gramalote. He contextualized Burger’s work, saying, “it is all part of this larger dream.”

Achieving productive cross-cultural collaboration has only become possible as archaeology departments have exhibited increased interest in non-Western civilizations. In the time since Burger was an undergraduate at Yale, the field of Peruvian archaeology has grown dramatically. He took the “Introduction to Peruvian Archaeology” course that he now teaches and claims that seventy percent of what he was taught then has been superseded by new information.

At one point during his fifteen field seasons in Peru, he was able to name a previously-unstudied pre-Incan culture. “I always saw the work of Andean archaeologists as corrective [of] the biased and racist notion that there’s only one important center of civilization,” he said. The volume of information unearthed in the field of Peruvian archaeology during Burger’s tenure is a testament to the dissipation of that mode of thinking.

Over the past hundred years, artifacts have come to be viewed as both national and international patrimony. Right now, the Machu Picchu collection can leave Peru for no more than two years at a time for circulating exhibitions. Peru recognizes the educational significance of these objects, and that they should be made available to as wide an audience around the world as possible. But it would seem that the key to successful collaboration is the understanding that the artifacts should always be able to go back home.

Earlier this month, Prieto helped pack up the final set of the Machu Picchu artifacts for shipment back to Peru. They will soon make a journey that Prieto has made countless times, bridging a gap between two hemispheres.