In Search of Time Not Lost

“I have no time,” thought David* in the middle of reading week during his sophomore spring.

He was planning on acing his three papers due at the end of the semester in hopes of getting straight A’s. As he saw it, this would be an important affirmation during a period when his extracurricular, social, and romantic prospects were each stagnant and disappointing in their own ways. Wanting control over his final grades but lacking the necessary hours, David turned to Adderrall for the first time.

He’d heard the ADHD medicine could bring on a period of focus and “cranking it out” for as long as ten hours, but, in himself, he found it caused the opposite effect. He sat for hours and hours writing the same sentences over and over, perhaps tweaking a few words each time. Nothing could sound right, he explains, and he could no longer tell what was normal or meaningful.
As the Adderrall plan backfired, David realized that the question was not whether he would get straight A’s or fail. It was about whether he would finish the papers at all.

“Those thoughts just become overwhelming. Just as I couldn’t break free of the cycle of repeating the list of various failures in my mind, in this symmetrical way I couldn’t let go of these sentences in the papers.”

The story of David’s reading week was at heart a story about lost time.

Time present and time past
Are both perhaps present in time future,
And time future contained in time past.
If all time is eternally present
All time is unredeemable.
T.S. Eliot, Burnt Norton

Perhaps David felt the burden of the rising cultural pressure that insists that an unproductive minute is a wasted minute you’ll never get back, that all time is unredeemable.

In the common cultural vendetta against procrastination and the equally intense obsession with efficiency, time is cast as a villain: How dare it just pass like that, cheating us of our earth-given right to, well, infinity?
Time has never been my villain. But all around me are people convinced that they not only need this lost time but that they have some ultimate right to it. They try to get it back, in part, to redeem themselves. They set up cycles of cue, action, and reward ending in gifts of food, sex, or fun in exchange for X amount of work. In dorm rooms and offices across the country, as I type these words, an unprecedented number of people are turning to various neuroenhancers like Adderrall and caffeine. They’re using binding programs like Self-control and Freedom to shut down sites like Facebook for up to eight hours. The way to force themselves to write their papers or reports is to “free” themselves of distractions—like modern Odysseuses, preemptively restraining themselves from the sirens they know as Amazon and Netflix Instant.

In 2008, two Yale professors, Dean Karlan (Economics) and Ian Ayres (Law, School of Management), launched a website called stickK, on which clients give Y amount of money over to the company and only get it back once they’ve completed some task Z by a set deadline. Your present (lazy, procrastinating) self bets against your future (potentially satisfied, potentially disappointed) self, and if the former fails, your money goes straight to charity—a deal called a “commitment contract.” There is even an option to send that money to an “anti-charity” for further motivation; a queer activist, for example, may work hard to lose that last pound if she knows her $500 will otherwise go to a Christian fund against same-sex marriage.

These websites, apps, and other ostensible antidotes to procrastination continue to proliferate, in part because procrastination evidently really is on the rise and has been since the seventies. According to one comprehensive study, the vast majority of college students self-report problems with procrastination, perhaps along with the types of existential crises that David underwent his sophomore year. And the general population’s rate quadrupled between 1978 and 2002.

David’s fear that there fundamentally wasn’t enough time is familiar to me because of its prevalence at a place like Yale. But personally, I can’t relate. I have more often felt that I only have time, that I have endless hours to fill however I decide to. Deadlines never stress me out, but I generally make them anyway; I don’t tell people I don’t have the time to hang out with them, because the fact is that I do if I want to; I manage to have several-hour blocks of leisure time on any given weekday. And I’m acutely aware that these statements could be true for any of my procrastination-prone friends. In fact, I’ve often wondered why they aren’t.

It seems to me that the self-sabotage imbedded in procrastination is pervasive. The way my friends avoid a paper by skimming Facebook and losing a day to it makes them miserable but happens like clockwork. They continue to need days of doing nothing to proceed the days of writing.

Reasons for procrastination like self-doubt, sloth, fatigue, panic, boredom, fear of failure, and fear of success may apply to us as much and as easily as they applied to Eliot’s generation. And yet something has changed.

The widespread effect of mobile technology and the resulting “frequent and unplanned interruptions, coupled with growing expectations for immediate responses, challenge our cognitive control system at its very core,” suggests Adam Gazzaley, a University of California, San Francisco professor of neurology. Though technology may make us procrastinate more, it also may make the ways in which we procrastinate more obvious.

Others suggest that the growing culture of continuous multitasking leads to greater distraction. “The more tasks you add, the less efficient your brain is,” Teresa Aubele, Ph.D., and Susan Reynolds write, “and the less likely it is to focus on the most important task.” The neuroscience researcher and science writer, respectively, hold that juggling tasks eventually decreases creativity as well as decision-making and priority-setting abilities. 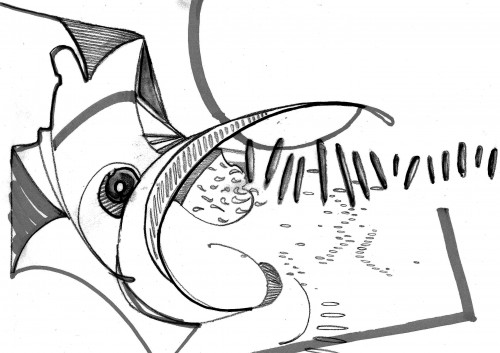 Are our addictions to multitasking and technology inherently unhealthy? I’ve never thought to look at the fact that I like to work on four projects at once as a weakness or that I’m always in the middle of reading seven different books as problematic. I see the losses that various technologies have caused as real and significant, but I also see the gains they’ve brought as compensatory. It follows that procrastination need not be altogether detrimental.

Recently, others have begun to agree with me. Some use the term “intentional delay,” others “positive procrastination,” and not just as euphemisms. The bottom line is: Procrastination has its upsides. Not all time spent procrastinating has to be lost, or even wasted.

A 2005 study by Jin Nam Choi, Ph.D. distinguished between passive procrastinators and active ones, finding that maintaining agency makes all the difference in terms of stress and effectiveness. The conscious procrastinators who delayed but still completed tasks on time reported the same levels of procrastination as the passive equivalents, but academically, performed basically as well as non-procrastinators (and in some cases even better than them). Actively choosing to take the afternoon off to watch 30 Rock reruns and take a nap partially eliminates some of the disadvantages of that postponement of work.

One method to streamline this active procrastination is an invention of Stanford philosophy professor John Perry, what he calls “structured procrastination.” He encourages self-deception: Procrastinators should complete small, lower-priority jobs to build affirmation and energy toward the bigger tasks. In other words, postpone that term paper, but catch up on emails or on news in the meantime instead of sitting at your desk not writing your paper but not doing anything else. It’s simply productive procrastination.

Continuously grieving over the passage of time may well be an essentially human state, but there are ways to grieve intelligently.

Researchers point to the benefits of controlled and concerted indulgence in procrastination, and any lay-procrastinator can tell you that a break, whether you spend it watching Seinfeld or spend it mind-wandering, can make the ensuing hours of work more productive. David found himself stuck in loops of words that lacked meaning and logic, and fixated on seemingly impossible deadlines. He may not clearly have seen the value of food breaks his friends were taking, or their practice of switching off between subjects.

Perhaps I do procrastinate, without calling it so—of course I don’t do every task I know I will have to do at the first possible point. My HBO Go account often gets top billing, and so does my naptime. But I don’t beat myself up over not being perfectly efficient, and I’m more relaxed for it (and my apartment is cleaner, and dinner with my roommate more delicious). That lost time, in other words, isn’t wasted in the end.

Men and bits of paper, whirled by the
cold wind
That blows before and after time,
Wind in and out of unwholesome lungs
Time before and time after.
Eliot

* The names in this article have been changed.