On Roadside Shrines and Being Far From Home

I’m in Mumbai when Samantha dies, and Siem Reap when I find out. I see it on Facebook, which is how I always learn that an acquaintance has died. It’s 5:00 a.m., and my circadian rhythms are upside down. The air beyond my hotel room window is warm and soggy, and it’s fogging up the glass. The air-conditioning on my face feels like it would be chlorine-blue if I could see it. The room smells like perfume and bleach fumes. I’ve promised myself that I won’t use my laptop first thing in the morning, but it’s my only connection with home and I wake up reaching for it.

The first thing I notice is that there are cryptic little notes sprinkled through my news feed.

Cassandra: Goodmorning @Sam. <3 <3 <3 Thinking of you this morning. I still don’t believe it.

The posts are all tagged like that: @Sam, her name lit up in a luminous blue. Second, I notice the jokes.

Jake: I swear you must have demanded them to bring chicken fries back when you got up there lmao I saw the commercial today and instantly thought “Damm Sam would flip shit!” Lmao miss you boo.

Third, I notice the comments choking with earnestness.

Monte: i just don’t know what to say its just so unreal that another one of my friends have left this earth. I’m gonna miss all the random times Sam would just show up at my house and just take me on one of her random adventures.Through thick and thin i always knew that she would be there. As she would always say to me ” i got your back kid” Truly an angel love you sammy. – @Sam

Fourth, I see photos, like a slideshow at a wake. Hartlie posts one of the two of them in middle school, wearing pajamas, singing into spatulas. Trakiya posts one of Sam in high school, poised to dive down a water slide slicked with baby oil. Sherry posts one of Sam as she was just before she died: twenty-two years old, creamy skin, highlights in her hair, hoop earrings, deep dimples, crooked laughing bottom teeth, wet-looking eyes.

Lewiston, Maine is spilling guts on the internet today, and I want to look away, but I can’t. Some of the most enthusiastic grievers barely knew Sam at all. There’s something inviting about this kind of exhibitionist mourning. I’m halfway around the world, on tour with the Yale Whiffenpoofs, and all I want to do is take part, send something home, a few sad words, wrapped in a comment box. I want to write about how she died so young that now her death will be the biggest thing that ever happened to her. How it will seem like the whole point of her life but it wasn’t, it couldn’t have been. My fingers hover over the keys, jittery. I don’t write a word.

This is not the first time that one of my classmates has died in the few years since I graduated from Lewiston High School. Andrew was the first. He was a giant with a soft, round face. He lived in a run-down complex on Bartlett Street. He had a booming bass voice, and he used to cheer so loudly at football games that the coach would kick him off of school property. When he sang, you felt it rumble in your chest like your body was against a dryer. He wanted to be a singer. The last time I saw Andrew was at graduation. He wasn’t walking, but he cheered from the bleachers. After the fanfare, he walked up to me with puffy eyes, and this goofy swagger like he didn’t have a care in the world. He told me that he was going to take summer classes and graduate within a year. One more year wouldn’t be so bad.

During that year, Andrew overdosed on bath salts. The police said they couldn’t be sure, but we all knew it was bath salts. I couldn’t make it back for the funeral. A few weeks later, I went home and hung out with Cam, who was with Andrew the night he died. Cam was nineteen, and bald. I guess he had started losing his hair in high school, but I couldn’t help picturing it happening all at once during the funeral, falling out in a flurry like down feathers, or Cam pulling it out in tufts.

The second was Dante. He was tall, with an impish smile that showed gaps between all his teeth. He grew up in the Pleasant View Acres project. In fifth grade, Dante and I used to yell “Two Musketeers!” and then press our foreheads together until our brains hurt. In high school, Dante played football. He wore dark purple polos, and these spotless suede Timberlands that were so fly. He went to a state college, but he dropped out after a year, and then he dropped out of contact.

A rusty iron freight train rolls through Lewiston every twelve hours at a speed that seems too slow for a train. It blows a low, whale-sound whistle that used to re-play in my dreams when I was drowning. At 4:00 a.m. one morning, Dante left his apartment, walked downtown, and stood on the railroad tracks. He just stood there, watched the train come, heard the whistle, and stood there.

His brother got a stay of sentence for his misdemeanor conviction to attend his funeral.

Sam was the third to die. I knew her the least well of the three, but it was impossible not to like her. She was loud and friendly, always cursing brightly and dancing in the hallways. She had a semi-ironic obsession with Spongebob Squarepants, and she used to carry around pineapple-house erasers, wear starfish t-shirts, and burst randomly into the theme song in full-on pirate-accent.

I lost touch with Sam when I graduated, and she took an extra year to finish school. I saw her again the November before she died, three and a half years later. We were at the Blue Goose, a bar that’s small and damp and black like a hole in the earth. Sam was drunk. So was I. She had gained some weight. She had a little freckle on her chin that I had never noticed before. She wanted to hear about college. I told her that I was taking the year off to sing with the Whiffenpoofs. I’m always embarrassed to talk about Yale back home, so I added,“That’s pretty pretentious right?” She just called me “kid” in this affectionate way that I’ve only ever heard in Lewiston. She said, “Yeah, kid, but it sounds fun.” She had just enrolled in a local college. She wanted to be a teacher.

At 2:00 a.m. on July 27th, Sam was driving her family’s Ford Focus down Buxton Road, drunk and screaming-fast. She swerved off the road and hit a telephone pole. The Ford flipped and landed on the driver side. The metal scrunched, crushing her in her seat. They closed the road for two hours to fix the telephone pole, and then opened it right back up again.

Life in Lewiston has an undertow of desperation. It’s the kind of small, poor town where everyone’s family settled there in the 1850s to work in the mills, and they’ve all been working the same kind of blue collar jobs ever since. The mills are closed now, so they work in the Tampax factory, or the Country Kitchen Donuts factory, or they don’t work at all. Kids call it the Armpit of Maine, or the Dirty Lew. They dream of leaving, throwing all of their belongings in a mud-crusted Ram pickup and driving south-west forever, but they never do.

I didn’t feel desperation to leave, growing up. My parents moved to Lewiston in the ’90s to teach anthropology at a nearby liberal arts college. Lewiston was their chosen home, so that’s how it always felt for me. But as graduation drew closer, it became increasingly inevitable that I was going to leave (whether I wanted to or not), and that my friends were going to stay, stuck, like in a bad dream where you’re thrashing but something’s got you by the ankles.

Mourning brings people in Lewiston together like nothing I’ve ever seen, though minor league ice hockey runs a close second. Everyone in Lewiston remembers being young and bored and trapped. They don’t just grieve for one person’s death; they grieve for the town, for the kind of place where kids die trying to get out. It’s intense, public, ebullient grief. It’s the whole town in matching white shirts, releasing orange balloons strung with letters to the dead. These kids die praying to break free, but strangely, wonderfully, their deaths draw the community into an even tighter circle.

I mourn vicariously for Sam, through photos on Facebook. I see six tattoos of Sam’s name, surrounded by tropical flowers, on two left feet, one bare chest, one forearm, one shoulder, and one delicate shoulder blade. I see three rear windshield graphics reading In Loving Memory Samantha 1992-2014, with matching decals of Spongebob Squarepants lying on his side, batting long, playful eyelashes like Sam’s. I see two pieces of Sam-inspired jewelry: one locket holding a little bit of a bumper sticker from Sam’s car, one bracelet with an inscription of Sam’s name. And I see one roadside shrine, by the telephone pole on Buxton Road where she died. Stuck in the ground is a makeshift white cross, and above it float two Spongebob balloons. I find six pictures of the shrine, and when I put them in the right order, they make a time-lapse. The balloons drift slowly to the ground, and visitors pile the cross so high with bouquets that you can’t see it anymore.

The summer that Sam dies, I’m on a twenty-seven country world tour with the Whiffenpoofs. We travel to a new city every forty-eight hours, and it’s exhilarating and disorienting. In East Africa, I start pretending I’m sleeping in my own bed. In the Middle East, I turn to Google Maps, and stare at satellite images of my house. I watch Lewiston’s post-crash convulsions from Southeast Asia, plunged in the deepest pit of my homesickness. I want to be there. I want to do something for Sam—something big, like a tattoo, or a bouquet by the cross. Maybe it’s selfish, but I want to be a part of Lewiston’s special kind of grief-celebration.

But I left. I was never trapped in Lewiston, and now I’m gone. This distance has never been more pronounced than when I’m traveling the world with a Yale singing group, stuffing myself into tailcoats, pretending I knew that you were supposed to hold a champagne glass by the stem, or call it a “flute.” The departure has become too spectacular now, too gaudy. Its cuts me off, disinherits me from the right to mourn for Sam and my hometown. What could I possibly say about Sam’s death? What do I know about her life?

I sit on my hotel bed in Cambodia, my face bathing in the laptop’s blue light. The picture’s there, and there’s a freckle on her chin. I’m wondering if this is a silence that will lead me to slip away from home forever. And I’m wondering if it would be too much—or not nearly enough—to break it, and click a few keys.

Nimal Eames-Scott is a senior in Berkeley College. 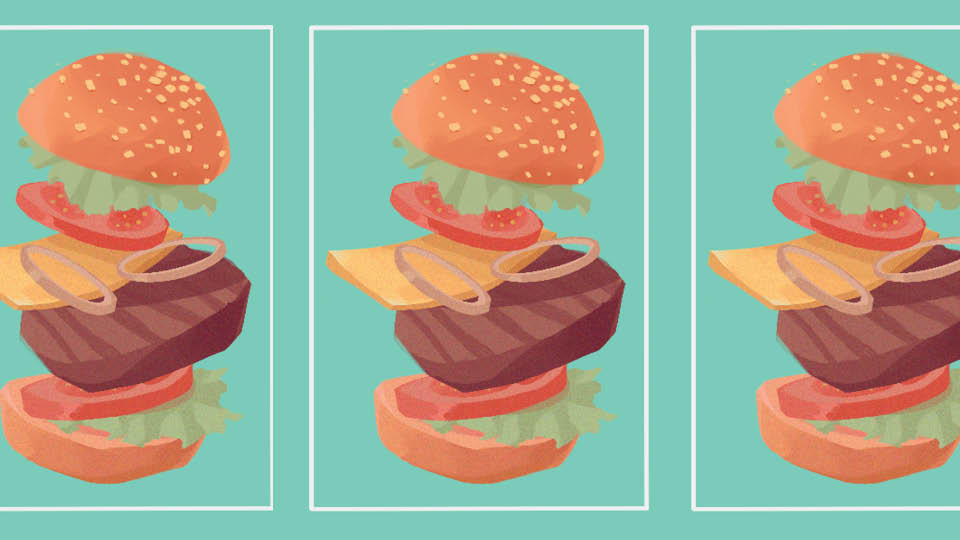