Junior Seungju Hwang pointed to the guitar case on the floor of the recording studio in Timothy Dwight. “Open it up!” he told me.

“I’ll lead, and you just jump in,” Kalaeb Tessema instructed from his seat behind the keyboard. The room was reminiscent of the home studios featured on MTV Cribs—quaint enough to suggest amateurism, yet sufficiently equipped to convince otherwise.

“Uh, I don’t really know how to do that,” I responded. Hwang was gravely overestimating my guitar skills, which I mostly picked up back in 2007, from an instructional DVD.

“Alright. How about you just start playing, and we’ll follow?” he replied, scratching his head.

Hwang, a singer and guitarist, and Tessema, a keyboardist, were bandmates and had been coming to the studio since last winter, when Hwang wrote his first song, “Voltage.” Tessema had been Hwang’s freshman counselor, and was spending the year following graduation doing research and applying to medical school. The pair had just finished their first, multi-song project, The Froco-Frokid Sessions. Hwang had invited me to sit in on a celebratory jam session. Now, he was asking me to play.

Together, Hwang and Tessema occupy a unique niche in Yale’s music performance world. With a number of acts on campus embracing a less accessible sound, Hwang and Tessema dedicate themselves to covering pop radio regulars like Ed Sheeran and Bruno Mars and writing originals of a similar style. At Yale, where students who write and perform their own cultivate what some would call a more “alternative” type of music, Hwang’s and Tessema’s mainstream taste causes them the same sort of musical insecurity that I felt while preparing to jam with them.

Nervously, I started in on a chord progression I had thought up in my bedroom a few days earlier. Within moments, Tessema weaved an improvised melody around each bar, and Hwang followed with a steady drum pattern. Soon, a pop-rock ballad of Goo-Goo-Doll-proportions took audible form. After a couple rounds of verse and chorus, I began the gradual diminuendo. Our song slowly faded to a triumphant silence.

Yale’s music scene has as many cliques as a high school cafeteria. There is a symphony orchestra for the classically trained instrumentalists and a glee club for the vocal equivalents. There’s a set of a cappella groups that perform the latest radio hits, nineties favorites, and time-tested standards. And, of course, there’s the collection of student bands, performers, and their respective devotees existing contently on the fringe.

It wasn’t especially surprising that a rendition of Carly Rae Jepsen’s 2012 hit “Call Me Maybe” appeared on The Duke’s Men’s latest album, Busted. But you would probably find it hard to believe that the song—or one like it—would ever be performed at 216 Dwight, the dim basement venue that features local and student bands. There is an accepted division: bands and independent performers at Yale are the indie rockers, bar spitters, jazz players, electronic DJs, R&B singers—the “alternative.” Pop blares from the speakers of a crowded party or is preceded by a pitch pipe.

“There is an attitude that that which is popular, in all forms of art, is lesser because it appeals to the lowest common denominator,” junior Chris Cappello said. He’s the Editor-in-Chief of the Yale Broadcasting Company’s music magazine, Relatively Dark Blue Neither Purple Nor Green (otherwise known as the Zine), and guitarist and lead singer of local band, Loner Chic. “College kids tend to shy away from buying into [pop music] explicitly because so much of what we do is somehow geared toward accruing cultural capital.” In the college setting, the constant game of intellectual jockeying takes on a fierce form among those in the music scene. “There is really so little to be gained from being an out-and-out Pop music fan,” Cappello said bluntly.

Senior Sarah Solovay, who writes pop music, has been on the other end of this blanket dismissal. When we spoke in late July, she had recently returned from a two-week writing stint in Nashville and was preparing to make a similar trip to Los Angeles. In college, she has found that not even her professional credentials can save her from pop-focused ridicule. “The other day I was talking with another Yalie about my music, and when I told her I try to write Top 40-ish music, she said, ‘What?! But you so aren’t a Top 40 kind of person!’” Solovay does not believe such a person exists, but at Yale, “a lot of people think this way,” she wrote to me over email, “like the kind of music you make reflects how complex you are, so making mainstream music exposes you as shallow or basic.”

That isn’t to say, of course, that pop music can’t be of some value to the shrewd undergrad looking to bolster their music credibility. “There are artists that have an ironic ‘cultural cash,’ if you’re into them,” Cappello continued, citing pop megastar Taylor Swift’s latest album, 1989. He recalled attending a party at 216 Dwight where Swift’s “Blank Space” was playing.

“Everyone was super into it, but it was like, ‘Look at us, we’re arch! We’re going to play Taylor Swift and PC Music [an otherworldly, London-based electropop collective] one after another, and we don’t have a problem with that. Isn’t that cool?’” Though Cappello said this somewhat mockingly, he didn’t exclude himself from the critique. He and his peers at WYBC don’t represent some sort of tastemaking vanguard. He knew that. They simply reflect a “certain subset of college taste,” he said. And ultimately, the subset that one falls into does not only depend of the quality of the music, but also on how it is sold.

Junior Stefanie Fernandez, Assistant Editor of the Zine, shared this point of view. “I think it’s an issue of marketing,” she told me. Fernandez said many of the groups popular amongst her cohorts at WYBC Radio write songs that could be “Pop” but are labeled “alternative” to protect them from allegations of selling out. This may seem like a paradox—alternative music, by its nature, isn’t “Pop,” but that does not mean alternative music can’t be widely popular. There’s an important distinction between “Pop” the genre and “pop music” the cultural phenomenon. For some Top 40 acts, whether or not their songs end up on the Top 40 “Pop” chart is not a question of genre, but simply a matter of how popular they are. Songs that have topped the Billboard’s charts have been sonically disparate. In 2012, indie rock musician Gotye’s “Somebody That I Used to Know” earned the #1 spot on the Billboard “Hot 100” end of the year chart; just four years earlier, it was “Low” by rapper Flo Rida. The modern popular music industry with all its bells, Seacrests, and whistles has sustained itself on exposing the niche and making it the mass, from early Southern ragtime to nineties grunge.

But music executives have not been afraid to invent the “next big thing” themselves. In a 2012 piece for Pacific Standard magazine, Columbia music sociologist Jennifer C. Lena catalogued the controversial origins and rise of Lana Del Rey. As Lena describes, Del Rey initially charmed the indie world with her aloof, do-it-yourself aesthetic, but when word broke that she “was bankrolled by her wealthy, marketing-savvy father, and that she had worked with professional songwriters, managers, and possibly even plastic surgeons,” the façade came crashing down. It became clear that Lizzy Grant (as she was first known) was merely another product of the traditional pop engine. Even if her sound was “different,” it was Pop in its truest form: the genre instead of the cultural phenomenon—the Pop that birthed talents like Britney Spears, Katy Perry, and Justin Bieber. This is the Pop that Hwang and Tessema like to write and cover, and it’s also the type that is most often mocked by music critics at Yale and beyond. 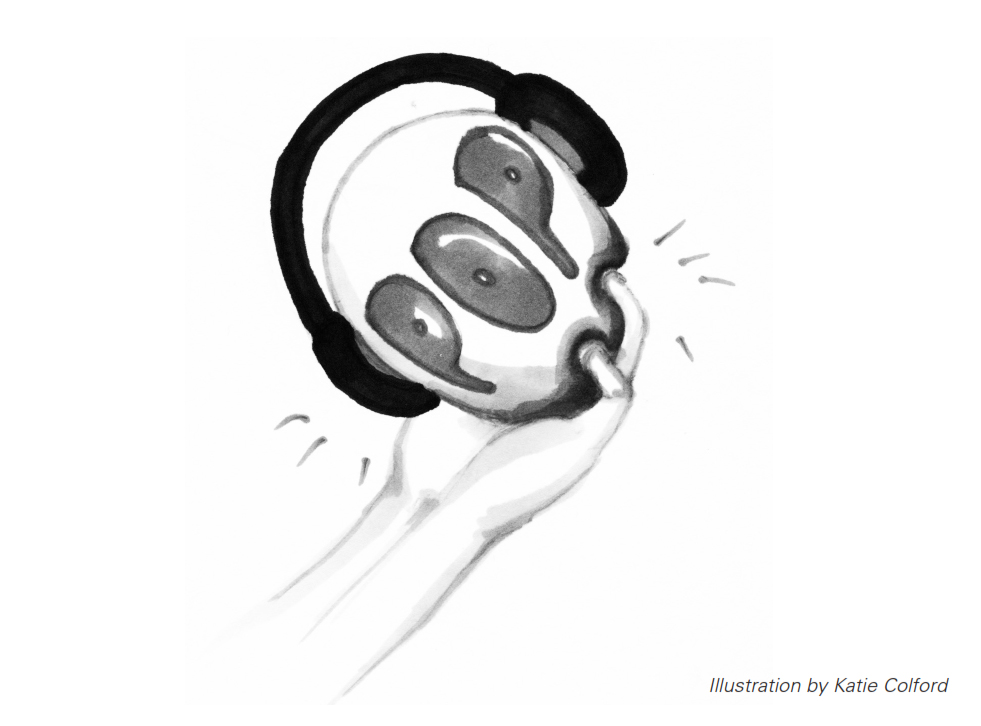 On an afternoon in July, I chatted with Hwang, who worked as a summer research assistant in the genetics lab, during his lunch break. I asked him why he thought there were so few pop acts at Yale.

“If you can imagine Jason Derulo’s original version of ‘Talk Dirty’ done in TD Studio acoustics with a guitar, a ukulele, and clapping,” he looked at me frankly, “would people want to listen to that?” I gave no answer. “Nowadays, Pop is really polished.” When it fails to meet this standard, he concluded, nobody wants to listen.

As terse and reductive as his assessment seemed, I couldn’t help but feel that it was, at least in part, true. It’s not that student Pop acts can’t be good, but if they don’t have polished, professional production quality, it’s just that we—average music listeners—have been geared to expect it of the genre. This sense of professionalism has become less a feature of Pop and more a part of its essence. That might be why we can enjoy the oft-gritty and imperfect qualities of traditional college band music, but are unable to do so if the performer is singing a Bruno Mars song.

These were the pieces of the puzzle that were finally coming into place as I sat across from Hwang at a wooden picnic table at the base of Kline Biology Tower’s south side. A college student performing amateur Pop music will always sound a little karaoke because, by its nature, the genre is not amateur. But Pop’s universality has afforded it a low rank within the cultural taste hierarchy. Hwang accepts this, and he is not interested in scoring any cool points. He says he wants wants to make music people can “listen and groove too.” There was something appealingly humble about this, even hip.