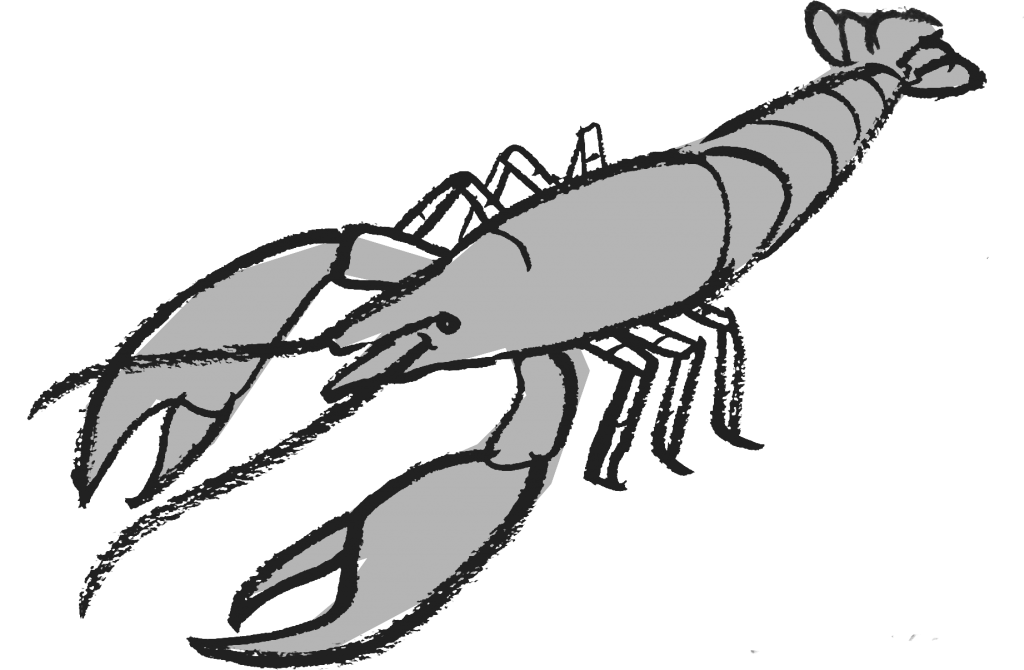 Enoc Escobar watched cormorants glide inches above the waves of the Long Island Sound. Alex Mass noticed the way sandy bluffs slide towards the sea, and Alyssa Hall contemplated the impending flooding of downtown Manhattan by the water through which they sailed.

“By the end of the century, it’s going to go up two feet,” she warned.

As the three students told me about their educational voyage through the Long Island Sound, they painted a picture of a complex, important, and unexpectedly beautiful body of water in unsettling flux.

All three were serving as sailors aboard the schooner Brilliant, and all three are seniors at New Haven’s Sound School, a vocational charter high school that focuses on aquaculture and marine trades, where students learn about the sea in the classroom and on the water. This year’s inaugural Brilliant Marine Ecology Program offered seven students at the Sound School a special opportunity to do both, as they conducted research projects on ecological topics related to the Long Island Sound. Enoc investigated seabird adaptations, while the other two focused on closely related current environmental issues. Alyssa studied sea level change, and Alex researched coastal erosion in New England, which is becoming more severe as the waters rise.

‘We’re trying to educate people on farming the sea,” he told me of his work with students on the aquaculture track, as we toured the lab where much of this education occurs.

They saw their topics of inquiry firsthand during the sea component of the program, which culminated in a three-day, forty-mile, round-trip odyssey through the Long Island Sound. From Mystic, Connecticut, to Fisher’s Island, through the Watch Hill Passage, a.k.a. “seasick alley”, to Block Island, and back again, the students got the chance to experience the Sound firsthand.

The blending of classroom and hands-on learning in the Brilliant Program captures the essence of the Sound School, where, as Steve Joseph, one of the teachers who went on the trip, told me, “the Long Island Sound is our biggest classroom.”

The Sound School has had direct access to this natural classroom since 1995, when it moved to its waterfront location in New Haven’s City Point neighborhood. Since its founding in 1981, it has prepared kids to be stewards of the Long Island Sound, a mission it is joined in by other vocational high schools, like Marine Science Magnet High School in Groton, and the Aquaculture Science & Technology Education Center in Bridgeport. Students at all three institutions are exploring the challenges of the changing waters.

“We just went through a really tremendous warm spell,” said Tim Visel, coordinator of the school’s vocational program. “In 1998, the lobsters died. In 1999, our blue crabs exploded.”

The past few years have been colder, and blue crabs, which prefer warm water, are giving way to lobsters again. Similar cycles have been occurring for as long as records exist, said Visel, who does extensive historical research on ecological patterns in the Sound. But, as the climate changes, cold spells are getting farther apart. As lobsters now run the risk of dying off in Connecticut, the Sound School’s aquaculture program started a lobster hatchery a few years ago.

“We’re trying to educate people on farming the sea,” he told me of his work with students on the aquaculture track, as we toured the lab where much of this education occurs. “We’ve got one of the largest shellfish labs in the country here,” he added. The room, with its rows of bubbling tanks and networks of pipes, valves and filters, looked worthy of Monterey Bay Aquarium or Scripps Institution of Oceanography. But, like the wooden-boat workshops and outboard engine repair rooms of the marine technology program, it is run primarily by high school students. In their applications to the school, teenagers must demonstrate a strong interest in the marine. Besides being the overall focus of the vocational programs, the ocean seeps its way into every part of the school’s curriculum.

“We’ve got one of the largest shellfish labs in the country here,” he added.

“Even in our core classes, we’re doing more ocean-related stuff,” said Alex. “Like in English, we’re reading sea poems, instead of just normal poems. Teachers really try to relate the ocean to what we do.”

“But we still love our core classes—we don’t just go on boats all day,” added Alyssa, who, like Alex and Enoc, is on the sailing team. Tim Visel compared the sailing team, along with the top-notch open-water rowing team, to “our school’s version of football.”

“We’re ones to be reckoned with,” said Gabriel Neil Geist, an assistant coach for the rowing team. A short, soft-spoken, man who looked like he had stepped out of an L. L. Bean catalog, Geist is a 1988 graduate of the Sound School, whose return to his alma mater makes him feel, he said, “like the luckiest man alive.”

On a warm October afternoon, we stood on a grassy lawn between the school and the harbor, watching five- and seven-person boats that would look appropriate chasing whales in eighteenth-century etchings. Each crew of students sped away from the shore.

“Look, they just crashed,” Geist said, more amused than worried, as one group, pushed off course by a brisk sea breeze, tapped the side of a moored boat. Flustered and disorganized, the rowers struggled to manoeuver back into open water.

They passed over small beds of oysters, started and maintained by students and teachers as replacements for ones that had died off over the past century. City Point, once a successful oystering community, had been on the decline since the nineteen-fifties, when the construction of Interstate 95 cut it off from in rest of New Haven. Even earlier, its oyster beds were plagued by pollution from a now-closed sewage treatment plant. When Geist was a student at the Sound School, the most prominent feature on the coastline was a shipyard where old boats were sent to be broken up for scrap.

“Look, they just crashed,” Geist said, more amused than worried, as one group, pushedoff course by a brisk sea breeze, tapped the side of a moored boat.

Now, where derelict boats once lined the coast, buildings that host the Sound School marine facilities share the waterfront. The Pequonnock Yacht Club moved in next door from Bridgeport in 2009. The rowboats set off from a marsh-lined shore, dotted with recently refurbished houses.

Seaside houses crumble and are rebuilt again. Climate changes and animal populations die. Even the brief return voyage of the Brilliant was plagued by the remnants of Hurricane Joaquin, which lashed waves into eight-foot swells and pelted the sailors’ backs with rain. But, as Enoc said, remembering the trials of the storm fondly, it’s all “part of bearing with nature.” The sea can indeed be a fickle being, and each new class at the Sound School enters a body of water surrounded by one of the most urbanized regions in America—and their studies there teach them that it’s also one of the most precarious ones.

A poem by Hayun Cho.…

A poem by Hayun Cho.