On the J4 bus to Waterbury, I pulled out my notebook and wrote two lines: “Isabel Gillis,” my distant English relative, and “my mom’s mom’s mom’s grave,” the reason I was on the bus. It was a blustery mid-September day, and I was headed to meet Isabel so that we could tour old family dwellings together. The bus slowly made its way from the New Haven Green, passing through a landscape of strip malls and overgrown medians.

In 1909, my great-great grandfather John Gillis immigrated to the United States from Ludgvan, a small town in Cornwall, England. He arrived in New York City on Christmas Eve and soon moved to Waterbury, seeking work in a brass mill. By 1948, the year he died, Waterbury had become the center of brass production in the United States, earning the nickname “The Brass City.” The city’s official motto is Quid Aere Perennius, Latin for “What is more lasting than brass?” The industry has long since collapsed, but in John Gillis’s day, it was thriving, unlike the Cornish mining industry he left behind.

Until recently, I knew none of this. All of this information came from Isabel, my grandmother’s cousin, who traveled to Connecticut to see John’s grave part of a longer genealogical trip through America. The trip was the culmination of several years of research into her family’s history, which included a large family reunion last summer to which I wasn’t invited. Through my grandmother, Isabel found out I went to Yale and emailed me, asking if I wanted to come along to Waterbury. I told Isabel that, yes, I was interested in seeing the graves, and that I wanted to learn a bit more about my genealogy. But, in the back of my mind, I thought it seemed like a story better told than experienced first-hand. One twenty-email thread on renting cars later, I was off to meet her in Waterbury.

Pointing at my great grandmother’s signature on her naturalization form, she exclaimed, “That’s her signature, she wrote that!”

Isabel picked me up at the bus stop in her Zipcar. She was in her sixties, older than she sounded on the phone, with short grey hair and ruddy cheeks. I had been worrying about what one wears to the graves of long-dead relatives, and I eventually settled on a black shirt with a picture of ruins on it. She was wearing a loud floral print dress, navy blue leggings, and a large floppy hat. She pulled over to the side of the street, took out her tablet, and opened up a PowerPoint titled “Isaac’s Waterbury Adventure.” During a fifteen minute tour through various Ancestry.com files, she showed me our family tree and several census records. Pointing at my great grandmother’s signature on her naturalization form, she exclaimed, “That’s her signature, she wrote that!”

As we started driving to the Pine Grove Cemetery, she told me the story of how she got interested in our family’s history. Her brother had visited Ellis Island a few years ago and called her, saying, “I found our grandfather. He’s from Ludgvan.” She compared her journey to “Who Do You Think You Are,” a British TV show in which celebrities are taken through their genealogy and invariably find that their ancestors led fascinating lives. But it seemed like this assumption only left room for the stories she wanted to hear. As Isabel spoke, all I could think about was how Ben Affleck refused to air an episode of the PBS version of the show, “Finding Your Roots,” that revealed his ancestors had been slave owners.

I had my doubts about the whole endeavor because I had gone looking for a relative’s grave before. Near the tail-end of a road trip a few years ago, my grandfather, the product of a long line of Pennsylvania Quakers, had taken us to an old farm in Pennsylvania to search for the chestnut tree where my great-grandfather’s ashes were scattered. We ran into a distant relative with a foot-long beard who accused us of trying to flatter him into bequeathing the farm to us. After assuring him we weren’t, we stumbled around in a bramble patch for half an hour, looking for the tree. The jaunt came to a suitable anti-climax when it was revealed that the chestnut, which he remembered had miraculously survived a blight, had died some years ago.

Isabel’s enthusiasm about the trip, though, was infectious. By the time we arrived at the Pine Grove Cemetery, a small plot off a four-lane highway, I had gotten into the spirit of things. Isabel led us straight into the cemetery’s office — a quiet, green-carpeted room with wood vinyl walls and plaques from the Connecticut Crematory Association — and requested that the secretary show us our ancestors’ burial records. The woman slowly walked to a large, messy file closet and pulled out a giant book and a folder. 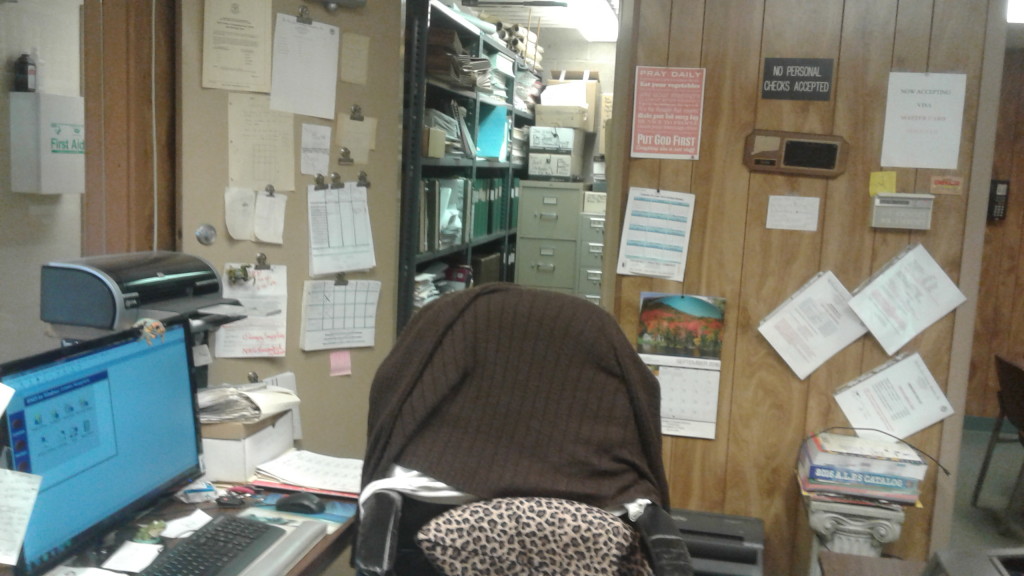 The Gillis’ graves were in the Old Pine Grove Cemetery, a separate section of the graveyard. My mom, whom Isabel had shown photos of the graves, had warned me that our family’s section was not particularly impressive. (Back at the offices, the secretary had mentioned that the graves were “starter level.”) The graves of John, my great-great grandfather, and Susan, my great-great-grandmother, were about the size of a brick, weathered and partially obscured by grass. Isabel was thrilled, but I couldn’t see beneath the pieces of stone.

Isabel pointed to an adjacent grave. “Laura Gillis Williams-Hough,” she said, referring to my great-great aunt, who died in 1985. “Her maiden name was Gillis, her first husband was Williams, her second husband was called Hough. So she lived 1894-1985, but she’s buried with her first husband.” I made a joke about this being evidence that she preferred the first husband. “Park the cynicism,” Isabel said. Dropping her voice, she explained that the first husband, Joseph John Williams, had died in 1921 in an accident in the brass foundry. “She lost the love of her life. The love of her life after three years of marriage,” Isabel said, looking straight at me. All I could stammer out was: “That’s rough. That’s bad.”

Afterwards, we took pictures of the graves (and of each other by the graves) and went back to the car to drive to the various ancestral addresses Isabel had compiled. This was the real adventure, the living history part where she could derive her ancestors’ stories from the spaces they used to inhabit.

I had no idea what I would say to someone who opened the door to us. It was just as well that the first address, the home that my great-grandmother Lillian had rented, was an empty lot, black, cracked, and scattered with cigarello wrappers and an empty Big Gulp. Isabel seemed a bit disappointed. I tried to make up for it, telling her that paved-over history was still history, but she seemed unconvinced. She wanted the house, the fixed physical form.

Back in the car, we headed to East Farm Street, where Isabel had recorded two addresses. John Gillis had once rented a room at 116 East Farm, which was now a funeral home. In the 1920s, the whole family had rented 130 East Farm, which was still standing. The street included several empty lots and boarded up houses. Isabel reassured me that “if you strip back the years,” these houses would have been very nice, especially compared to those in Cornwall, which remains one of the poorest parts of England. The house itself, split into three units and surrounded by a waist-high chain link fence, was covered in chipped green and white paint.

Two men in a green van parked out front were talking to another man standing in the doorway of the house. Isabel went up and introduced herself to them, explained what we were doing, and asked the men if they had any memories of the area. William, a balding man in his sixties inside the van, said that he had moved there from Virginia in the sixties, and had grown up with the other two men.

“This was a beautiful place in the sixties, it really was. A nice place to grow up,” he said. Isabel was pleased with this.

William suggested we take some dirt from the house as a souvenir. He pointed to a discarded water bottle on the ground that we could put it in. Despite all that has happened since the twenties, he said, “the dirt doesn’t change.”

Despite all that has happened since the twenties, he said, “the dirt doesn’t change.”

I picked up the empty water bottle while Isabel took some pictures. I dug into the hard ground with my fingers, and gathered the powdery gray dirt into the bottle. This, unlike the graves or the documents, finally felt like something real, a physical link to my past.

As we drove to our last stop, Naugatuck, where my grandmother grew up and where Isabel would drop me off at the train, she told me emphatically that the Gillis family was “not destitute,” that compared to Cornwall, the houses would have been “spacious.” It seemed strange to me that she insisted on this repeatedly, especially since my grandmother had told me that the Gillises had lived hard lives in small apartments without any heating.

As we approached the final house, my great-grandparents’ first home in Naugatuck, Isabel seemed relieved. It was a fairly plain, three-story house with blue plastic siding. She proclaimed that this was much more like the type of neighborhood my ancestors grew up in. It was, of course, a big step up from Ludgvan. It fit the story she’d built through census forms and old photographs: that the Gillises, who persevered through the Great Depression, worked long but satisfying hours in the brass factory and were happy. 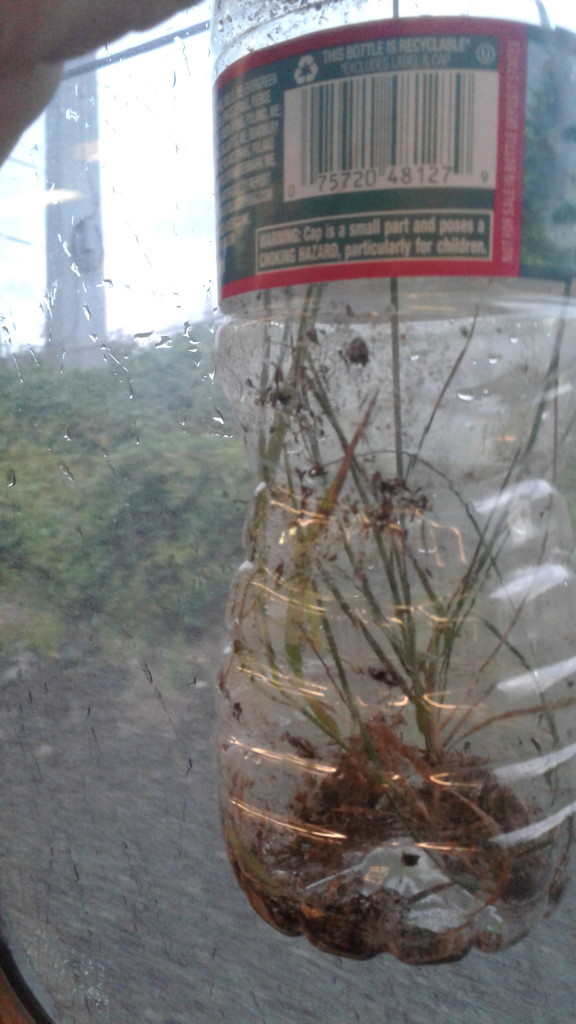 Isabel then dropped me off at the Naugatuck train station. We said our goodbyes and then she drove up to Hartford to meet some family friends for dinner. Though we each promised to write each other, we still haven’t. As I took the Metro North train back to New Haven with my bottle of dirt, I wondered why spending an afternoon retracing my distant ancestors’ steps had not been enough to make me feel close to them. I wasn’t inspired by Laura’s love or saddened by Joseph’s short life. They were still just my mom’s mom’s mom’s family graves.

For Isabel, the project was more immediate. Until her brother had gone to look at the immigration records, she had had no idea where her grandfather came from. That discovery prompted an international journey to learn the story of her family — her story of herself. And I had agreed to meet her because I also wanted to craft a narrative: my “Waterbury Adventure,” in which I went to see my ancestors’ graves with a wacky, distant relative. Isabel’s insistence that our ancestor’s lives had been “nice,” of course, was just right for my story. But her determination to peer into the past was undeniably powerful. I couldn’t see what she could, but I wanted to. Maybe that’s why, though my ecology-literate housemate assured me that the dirt underneath 130 East Farm Street does indeed change continuously, the bottle still rests on a table in my room.