The decorations in the suite on the first floor of entryway B in Lawrance Hall are relatively sparse. When Barbara Mola, Emma Lewer, Macrina Wang, and Sofia Ortega-Guerrero all first-years in Ezra Stiles College, moved into their dorm at the end of August, the tall white walls were drab and unassuming. The suitemates have since added some decor: string lights, a fruit bowl, a gray rug that occasionally doubles as a yoga mat, and a tapestry depicting the New York skyline (none of the five are from the city; Ortega-Guerrero, who hails from Oakland, found the tapestry in a dumpster behind Payne Whitney Gymnasium). There’s music playing all the time, often Drake or Kehlani. They’ve made the place their own. Still, on the surface, there’s little that would seem to differentiate their suite from any of the hundreds surrounding Old Campus.

But on the evening of September 23, a group of a half-dozen male students gathered outside of entryway B, gawking and talking loudly about the first-floor suite. Earlier that day, The New Yorker had reported that Senate Democrats were investigating an allegation of sexual misconduct brought forward by Deborah Ramirez, a Yale College classmate of Brett Kavanaugh, who was at that point on the cusp of confirmation to the Supreme Court. Ramirez claimed that during the 1983-84 academic year, when they were both freshmen, Kavanaugh had exposed his penis to her during a drinking game, while other students encouraged Ramirez to touch it. Ramirez remembered Kavanaugh standing to her right and laughing as he pulled up his pants. The suite where the incident allegedly took place is the same one Mola, Lewer, Wang, Ortega-Guerrero, and O’Rourke now call home.

Just over a week before Ramirez’s allegations surfaced, research psychologist and Palo Alto University professor Christine Blasey Ford publicly accused Kavanaugh of assaulting her at a party in suburban Maryland three decades ago, when they were high schoolers. A group of students at Yale Law School, incensed that faculty and administrators endorsed Kavanaugh after his nomination, planned a teach-in. Once Ramirez’s allegations came to light, the news that Kavanaugh had allegedly engaged in sexual misconduct while on campus, before parlaying his Yale pedigree into judicial prestige, bolstered students’ outcry. Amidst the furor, the Lawrance suite became a new landmark in the country’s fractured political geography. “It was ‘The Brett Kavanaugh Suite,’” said Ortega-Guerrero, sitting with Mola, Lewer, and Wang at a picnic table in the Grace Hopper College Courtyard in the late-afternoon sun the day after Kavanaugh’s confirmation.

In the days following Ramirez’s allegation, a steady stream of students paused in front of the quintet’s home, like rubberneckers on a highway, peering up for a glimpse. Several got inside the entryway and camped right outside the suite, waiting for the door to open. A few even brought cameras. Four days after the news broke, Lewer, a bespectacled aspiring linguist from Sunnyvale, CA, saw a tall white man with curly hair who appeared to be in his 30s holding a sign outside of the Yale University Art Gallery that read “Kavanaugh Allegation Tours, $5.” Soon thereafter, a friend sent a photograph of the same man standing outside the gates of Old Campus; after questioning the members of the suite, the Yale Police Department confronted him and he left the premises. “We usually leave our doors open and let people walk through,” said Wang, who spoke fast, her words accelerating by the sentence. “Our [first-year counselor] advised us to lock the doors… It was our common room, our decorations were up and our lives were there, and all of a sudden it didn’t feel like ours anymore.”

“It really sucks when something so awful could’ve happened in a place that you consider to be sacred, a safe environment, somewhere where you build your community and have a family,” Lewer said. Her suitemates, seated beside her, murmured in assent. However, they agreed, they all had entered college aware that, as women, they would have to look out for themselves.

“I remember when I got here—I’m pretty sure this was still during orientation week—I was given a list of frats that should be avoided,” Lewer said. “I was like, ‘Oh, wow, okay, so this is still an issue. It’s 2018, I just got to college, and I’ve already been warned of places that are notorious for sexual assault, which is a shame.’” The list included Delta Kappa Epsilon, Kavanaugh’s fraternity at Yale. DKE has a history of misogyny dating back to the 1980s, according to alumni quoted in the Yale Daily News. The fraternity was banned from campus from 2011 to 2016 after video surfaced of pledges chanting “No means yes, yes means anal” outside the Yale Women’s Center. In the two-plus years since DKE’s reinstatement, women have brought forward allegations of sexual misconduct against at least six current or former fraternity members, according to multiple Yale Daily News investigations, prompting the University to open a Title IX investigation and DKE’s landlord to revoke the leases for the fraternity’s two houses on Lake Place.

“It was our common room, our decorations were up and our lives were there,” Wang said, “and all of a sudden it didn’t feel like ours anymore.”

Between January 1 and June 30 this year, Yale students submitted 154 complaints of sexual misconduct to the University’s Title IX office, an all-time high. Women and non-binary students submitted 141 of the 154 complaints. Yale has taken steps to publicize resources for victims, like the Sexual Harassment and Assault Response & Education Center (SHARE), the University-Wide Committee on Sexual Misconduct, and the Office for Equal Opportunity Programs.

But students have been calling on administrators to do more. Many are frustrated with Yale’s failure to address allegations of sexual misconduct against several prominent faculty members, including philosophy professor Thomas Pogge, English professor Harold Bloom, and Spanish professor Roberto González Echevarría. Controversy arose when, this fall, the University readmitted Saifullah Khan, an undergraduate accused of sexual assault and suspended in 2015, after he was acquitted in a February trial. (Khan was suspended again on October 11 after new allegations surfaced.) And, in September, around 200 School of Medicine faculty signed a petition against Yale’s decision to award an endowed professorship to Michael Simons, a cardiology professor who was found guilty of sexual harassment in 2013. The professorship was subsequently revoked.

For Wang, the Senate’s confirmation of Kavanaugh to the Supreme Court last week cemented a lesson her parents had instilled in her from a young age. “It hammered deeper into my head that I cannot get myself into a situation in which I would even have to report sexual assault because it’s very likely that I won’t get the justice that I deserve,” she said. “I think that’s why parents tell girls, ‘Oh, don’t wear this, and don’t drink, and don’t go to parties.’ It’s incredibly messed up that parents have to imprint to their daughters … how not [to] get raped or how not to get assaulted.”

Amidst the furor, the Lawrance suite became a new landmark in the country’s fractured political geography.

As Kavanaugh’s confirmation approached, students held rallies and blanketed campus billboards with a paper mosaic that read “We Believe Christine Blasey Ford/Deborah Ramirez/Julie Swetnick/Anita Hill/Fernanda Lopez Aguilar/Naomi Wolf/All Survivors.” (The first three women accused Kavanaugh of misconduct, Hill accused Supreme Court Justice and fellow Yale Law School alum Clarence Thomas, Lopez Aguilar accused Thomas Pogge, and Wolf accused Harold Bloom.) On at least four occasions, these signs were torn down and students had to reprint and replace them. Facing pressure, Law School Dean Heather Gerken, who previously declined to take a stance on Kavanaugh’s nomination, and law professor Akhil Amar, who had testified in support of Kavanaugh before Congress, both called for a full investigation into the allegations against him. The FBI did investigate, but its five-day search was limited to interviews with ten people, and found no evidence to corroborate Ford or Ramirez’s allegations. Neither Ford nor Kavanaugh was interviewed.

As Kavanaugh’s confirmation became certain, Yale students who had condemned his nomination moved forward with a new sense of resolve. “The theme of my first month here has been sexual assault on college campuses, which on the one hand is incredibly unfortunate,” Mola said. “On the other hand, I do think it’s good that these allegations have garnered national attention.” While the Senate took its final vote, students gathered at the Women’s Table, a monument designed by Maya Lin in 1989 to commemorate the 20th anniversary of the coeducation of Yale College, and laid down flowers and notes in support of victims of sexual violence. In chalk, students wrote, “Solidarity with survivors. We hear you. We love you. We believe you.” Roses, zinnias, and chrysanthemums, orange and pink and yellow and white, reflected off the water shimmering on the table’s gray surface.

With Kavanaugh set to sit atop the judicial branch for the rest of his life, support for victims of sexual misconduct seems robust on Yale’s campus but lacking in America’s halls of power. Yet the distance between the two has never felt smaller.

— Mark Rosenberg is a junior in Pierson College. He is an Editor-in-Chief of The New Journal. 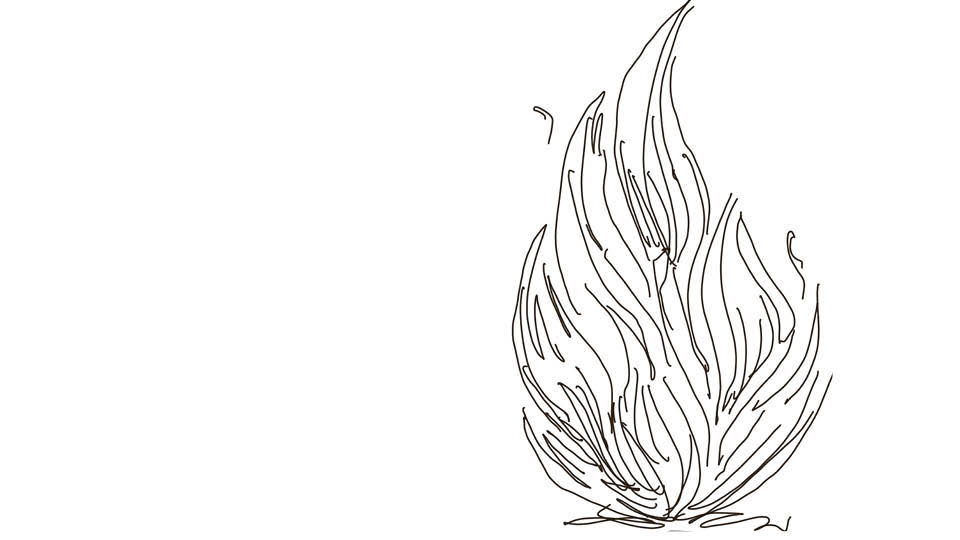