Right outside the Sbarro, near the bottom of the escalator in New Haven’s Union Station, tucked around a corner like a rarely-played side quest in a video game, is a sign from another universe. It says, “Buy 4 Beers, Get the 5th for a Penny.”

Now, I can imagine a universe in which I would order one beer at the Union Station Sbarro. A universe in which it’s a quarter past five, say, and my train home is delayed by yet another hour, and all I’m looking to do is numb the existential anguish of being an Amtrak customer. Then I might walk past Sbarro — a pizza chain that has gone bankrupt twice and is best known for its omnipresence in mall food courts — and think, “Huh, I guess they have beer.” And then, maybe if there was a two-for-one special, I could, under extreme duress, be convinced to order a second.

But five beers—again, at the Union Station Sbarro, a restaurant even more depressing than a regular Sbarro—is crazy. It is, in my view, the absolute saddest experience one could have in a train station, up to and including being struck by an actual train.

From the moment I learned of this special, I knew I could not die without trying it.

I finally got the chance one bone-chillingly cold MLK Day, when my friend Julia and I trekked all the way to the train station for that very purpose. I brought Julia for two reasons. One, because I needed a second person to carry on valiantly in case this stunt killed me. And two, because everyone should have a friend they immediately identify as the ideal partner for getting belligerent at a Sbarro, and Julia is that person for me.

Icicles spiked from dead tree trunks like an early 2000’s hairstyle. The temperature hit negative three. I was genuinely thrilled to reach the relative warmth and comfort of Sbarro. The walls were the bracing greenish-yellow of an overboiled egg yolk. At the counter, we immediately fucked up by ordering draft beers, which are apparently not subject to The Deal. The cashier—a no-nonsense guy, which must have been tough when confronted with two people as committed to nonsense as we were—eventually relented. In a transaction I still don’t fully understand, he charged me $16 for a solo cup full (and I mean full) of beer, with the understanding that the payment entitled me to three more refills and eventually a can or bottle for “free.” That was disappointing, since I really wanted to buy the fifth one with a ceremonial penny.

We sat at a table in the back corner. When I set my Allagash down it trembled and then spilled over the lip of the solo cup, pooling weakly on the marbled vinyl of the tabletop.

To my surprise we were not the only ones drinking in Sbarro. A balding Jason Statham–type sat down across from us and tucked into a slice of sausage pizza and two miniature bottles of red wine, one of which he poured into a plastic cup with “Miller Lite” written on its side. I heard a woman ask, “If I get a beer do I have to drink it right now?” Two women wearing pom-pom hats—one said “BRUINS” on it—sipped from solo cups.

At 5:43 I mentioned I was “feeling it” and Julia called me a lightweight.

When we finished our second round we went back to the counter and discovered there had been a shift change. The new cashier, Oscar, was friendlier and younger, with arms coated in tattoos. We tried to explain what we had paid for, what we had received, and what we were still owed. We mostly failed, but somehow each ended up with the rest of our beers anyway: a Half-Full Pale Ale, a Blood Orange Pale Ale, a Shock Top Belgian White, a Modelo, a Two Hearted Ale, a Fat Tire Pale Ale, a Corona, and a Lagunitas 12th of Never Ale. Sbarro, I must say, has a shockingly extensive beer selection. I asked Oscar how often people do The Deal. “People do it a lot. Especially on Fridays,” he said. Then he sold Julia a slice of pizza that normally cost $6.50 for $4.

“It’s crazy when chains make deals with you,” Julia said as we sat down with our bounty. “Like, this Sbarro is so off-grid that they’re just like, ‘I’ll give you this for $2.50.’”

By now I thought I had a sense of the place: patrons came and went according to the rhythms of the train schedule, and plenty of them were down to indulge in a drink. What I didn’t see was anyone sticking around long enough to drink five beers. Most only stayed for twenty minutes.

Time passed. We drank our beers. A woman next to us asked how Julia’s Fat Tire was. I went to the bathroom, which smelled like candy and the memory of vomit. I heard the loudspeaker announce a train to Boston South Station, and I thought about how easily I could get on it and go home. I ate a slice of pizza soaked through with grease. I watched The Bachelor on the wall-mounted TV. And I talked to Julia: about food and sex and insecurities and our families. It turns out getting drunk at Sbarro isn’t that functionally different from getting drunk anywhere else.

Eventually the place started to clear out. “I hope they don’t close on us,” Julia said. “I want them to kick us out for drunk and disorderly conduct.”

At 9:48 a security guard sat down and asked what we were working on. “I’m writing a piece about getting drunk at Sbarro,” I said, and then we all tried to determine if The Deal was a good deal or not. He thought that it probably was. I finished my last beer at 9:50. We had been at Sbarro for more than four and a half hours. Shifts changed, customers came and went, but we stayed on. We might have scammed them. I’m not really sure.

— Mariah Kreutter is a junior in Berkeley College. 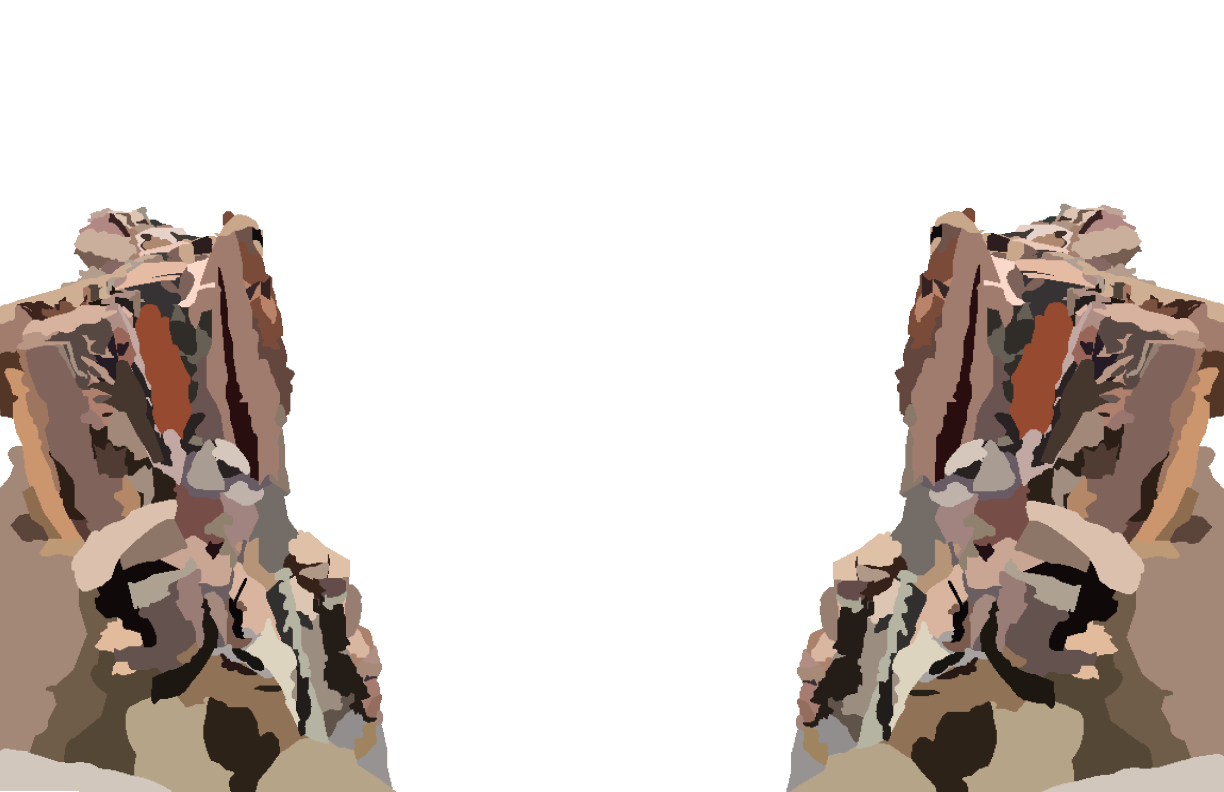