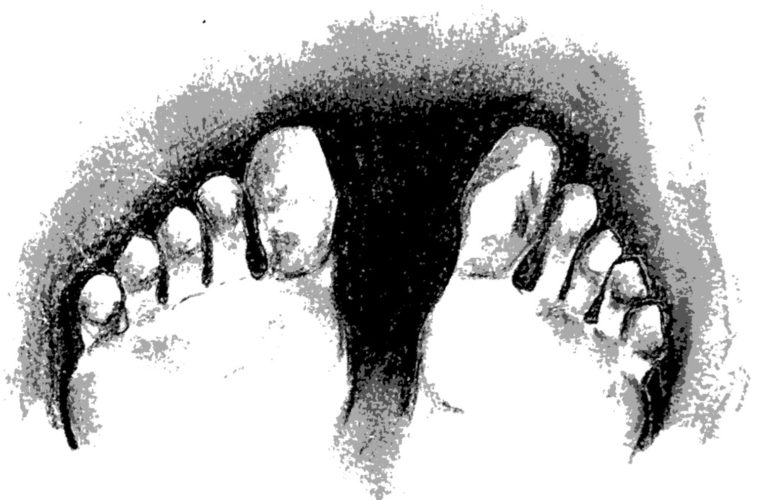 I strain to pick up Abduweli Ayup’s voiceover our WhatsApp call. A Uighur linguist, activist, and now refugee, he sketches a bleak outline of his detention in Chinese prison in 2013, after attempting to fund a new Uighur language school in Xinjiang. His descriptions are graphic: a yard full of detainees bombarded with explosives that induced vomiting and tears, the forced collection of DNA via blood and saliva.

“They don’t just have my fingerprints, they have my toe prints,” he mentions, chuckling.

Kidd, whose work centers around forensics, maintains that he didn’t have concerns about working with Li Caixia. He frequently collaborates with law enforcement, and has helped push for the use of DNA in courts to exonerate the wrongly convicted. In an interview with NPR this July, he maintains that he did “nothing wrong” and shouldn’t be expected to know “everything that’s going to happen in the future.”

But a closer look at Kidd puts his naiveté into serious question. This isn’t the first time he has been involved in a genomics project accused of racist motives. Kidd’s relationship with China is also ethically suspect; he has collaborated with scientists who misuse genetic research for nationalist purposes and received funding from Chinese governmental institutions.

Was Kidd truly unaware of the plight of Uighurs like Ayup, as he claims? Or did he put scientific achievement first, turning a blind eye to the agenda of the Chinese surveillance state?

Kidd is no stranger to ethical controversy. In the 1990s, he was a key figure and project-planner for the Human Genome Diversity Project, or HGDP, an effort by the late Luca Cavalli-Sforza of Stanford to study genetic diversity by gathering DNA samples from all over the planet. The project never acquired enough funding, however, and was quickly mired in allegations of racism. Cavalli- Sforza mentions Kidd’s involvement in the initial planning stages. Kidd would pen Cavalli-Sforza’s obituary in The American Journal of Human Genetics decades later.

The HGDP’s original focus was collecting DNA samples from indigenous people who, according to the project, were “in danger of dying out.” Cavalli-Sforza and his collaborators hoped to form a database that could help study migration histories, noting that isolated populations were best suited for this task. Indigenous activist groups such as the Indigenous Peoples’ Council on Biocolonialism struck back, pointing out that the scientists’ methods were exploitative. These groups argued that “theories of migration,” which Kidd studied, “[could] be used to challenge aboriginal territorial claims or rights to land.”

Jonathan Marks, a professor of anthropology at the University of North Carolina at Charlotte, was also an outspoken critic of the project during its heyday in the nineties. According to him, “The project was framed in the science of the nineteen- sixties, which involved saying anything to get a syringe full of native blood and then buggering off with it, with full ownership of the ‘biological specimen’ and no obligation to the participant.” Marks was an associate professor at Yale at the time. He spoke to Kidd privately about his many concerns regarding the project’s ethics, and recalled that “[Kidd] did not take criticism well.” Kidd allegedly forbade a graduate student of his from speaking to Marks, whom he believed to be “dangerous.”

In hopes of salvaging the project, Kidd and the other members of the North American Regional Committee would co-author a 1997 paper outlining a proposed set of ethical standards. This paper urged researchers to “learn as much as possible” about the populations they were studying and mandated that they consult anthropologists before considering genetic sampling. In essence, it was a list of lessons learned, lessons that could’ve prevented the predicament Kidd is in today.

HGDP never made it off the ground. But that didn’t stop Kidd from reviving the project under a different name—ALFRED, or the Allele Frequency Database. Ken Weiss, a former leader of the HGDP, confirmed that the two projects are highly similar: both are free, public databases with DNA sequence results and genotypes from as many populations as possible.

ALFRED has been Kidd’s pet project since 1999. Currently, it contains data on DNA samples from 2,942 Uighurs, most of which were collected in China over the last two decades. Two hundred and seventy five of the subjects are from Urumqi— the same city where Ayup stood in a line with over a hundred detainees signing paperwork he would never read, potentially giving away the rights to his own DNA.

According to Weiss, Kidd originally “put together ALFRED as a database of what was available.” But in the nineties, databases mostly contained European DNA, due to the Western focus of scientific research. This posed a problem, given that genomics research often requires data from a breadth of populations.

China’s return to the international stage via Deng Xiaoping’s 1978 policy of Reform and Opening Up came at an opportune time. China represents 20 percent of the world’s population. Access to these DNA samples, and cooperation with government gatekeepers was crucial for Western geneticists.

Since the nineties, the Chinese government has invested in large-scale genetic databases. Its desire to catalogue the country’s fifty-five ethnic minorities is a geo-political strategy: the 1912 fall of the Qing Dynasty put the status of huge swaths of territory conquered by the Chinese empire, such as Tibet and Xinjiang, into question.

To maintain claim to those territories, leaders such as Sun Yat-Sen and Chiang-Kai-Shek needed to “explain why those people were Chinese,” Professor James Millward, who specializes in Central Asian history at Georgetown, told me. That explanation is often propagated through popular political terms such as 中华名族 (zhonghua mingzu), which roughly translates to “Chinese race.” It imposes the idea of a huge Chinese family—an idea that China would attempt to use genetics to prove with the rigor of a parent who knows best.

Scientists like Li Hui, a geneticist at Fudan University in Shanghai, are part of that effort. A 2016 feature in Science describes Li Hui’s desire to use genetics to prove Chinese legends true, as well as his rise to prominence by using DNA to “discredit a theory that indigenous Taiwanese… descended from Micronesians and Polynesians.” He traced their genes to the Dai minority of China, bolstering China’s long-standing claim that Taiwan belongs to it.

Since 2007, they have co-published twelve papers, most recently in September 2018. In 2009, they co-published a paper titled “Genetic Landscape of Eurasia and ‘Admixture’ in Uyghurs.” Using data from ALFRED, they concluded that “Uyghurs’ genetic structure is more similar to East Asians than to Europeans.” They argued that “the median line of the Eurasian genetic landscape appears to lie to the west of the Xinjiang Uyghur Autonomous Region of China.” Oddly enough, this is the same landscape that the Chinese government prefers, with Xinjiang’s genetic boundary resting in tandem with the government’s physical one.

Scientific collaborations between Kidd and Li Hui are peppered with Chinese legend and subtle propaganda, such as a lengthy paragraph devoted to “Shennong, the God of Medicine in China and India,” who, according to Chinese legend, was an emperor five-thousand years ago. The paper argues that Shennong could be “early history rather than purely myth,” bolstering China’s claim to a five- thousand–year history—a political tool that Xi Jinping uses to emphasize the Party’s essential role in protecting a civilization “superior” to the short- lived Western world. Most historians, however, argue that Chinese history prior to 3,200 years ago is merely legend, due to a lack of written records.

Kidd’s willingness to turn a blind eye may spring from a desire to maintain access to Chinese DNA samples. Professor Cao Cong, who specializes in the study of Chinese science and technology, explains that it is “impossible for a foreigner to collect [DNA] samples in China” without “the collaboration of a Chinese scientist.”

In June 2019, this unspoken rule was elevated into law. According to The Scientist, China now requires international scientists using materials containing human genomes (or data derived from those materials) to have a Chinese collaborator. While not all Chinese geneticists are associated with or even supportive of Chinese government, their work has always been under its watchful eye. Regulations passed in 1998 mandate that scientists receive government permission to transfer genetic samples or data outside of the country.

Everything would come full circle when Li Hui co-authored a 2015 paper alongside Kidd and Li Caixia, supplying DNA samples from Uighurs, Inner Mongolians, and Khamba Tibetans. Li Caixia would follow suit, with Chinese samples from fifteen ethnic minority groups, including the Uighurs, Tibetans, and Dai.

One hundred and ten of Li Caixia’s samples were collected in Xinjiang, a place where, as Uighur poet Tahir Hamut told me over the phone, “It is not possible that any Uighur is willingly giving away their DNA.”

Hamut grew up in Xinjiang, attending college and working briefly in Beijing before returning to Urumqi, where forced DNA collection has become the norm. We communicate in heavily accented Chinese. For both of us, it is a second language—mine by choice, his by force.

Hamut arrived in the United States in 2017, after enduring three years in a labor re-education camp. But his and his wife’s departures were not without consequence: his wife’s three younger brothers and his younger brother were taken into captivity soon after they fled Xinjiang. It took around two years for them to locate two of those brothers. As for the other two, Hamut remains “unsure if they are dead or alive.”

In an interview with NPR this July, Kidd was asked whether he still believes that every Uighur sample in his research was collected with informed consent. Kidd responded haltingly, his words stilted. “It’s impossible to believe that unequivocally. But on the other hand, I have no way of knowing one way or the other.” He argued that the forced DNA collections in Xinjiang weren’t widely known at the time of his collaboration with Li Caixia in 2014.

But Kidd’s claim is unpersuasive. News outlets such as The New York Times reported extensively on the 2009 Xinjiang riots between Uighurs and the Han Chinese, as well as the subsequent security crackdown in the region. Those riots came on the heels of massive protests in Tibet, highlighting historical frustration with Beijing’s policies toward ethnic minorities. Here, one might wonder why Kidd didn’t consider the ethical guidelines he demanded of others during the HGDP, which might have prevented the dilemma in which he now finds himself.

Yangyang Cheng, a postdoctoral researcher at Cornell, points out that funding from Chinese government institutions “absolutely” compromises a U.S. researcher’s freedom to criticize China. Since 2009, Kidd has co-authored at least six papers that were either partially or entirely funded by grants from Chinese government institutions such as the National Science Foundation of China and the Key Project of Chinese Ministry of Education.

Kidd continues to add new populations to ALFRED; his most recent paper, released after the controversy, examines twenty-five new ethnic groups for forensic markers, adding their population samples to ALFRED. Among those are the Chengdu Tibetans, Liangshan Tibetans, Qinghai Tibetans, and the Yi, all of which are ethnic minorities in China.

Towards the end of my call with Hamut, the Uighur poet, I ask him what he believes Kidd should do, even if Kidd believes that the Uighur samples in ALFRED were collected ethically. I can hear the passion in his voice, the subtle frustration with the clunkiness of a second language. Hamut puts forth a demand.

“This is an issue of morals, of ethics. This is something that should not be happening at all. Uighurs are not in a position to reject giving away their DNA; it is simply impossible. When a million people have been locked up…everyone needs to be thinking critically about this issue.”

– Katherine Hu is a junior in Ezra Stiles College.