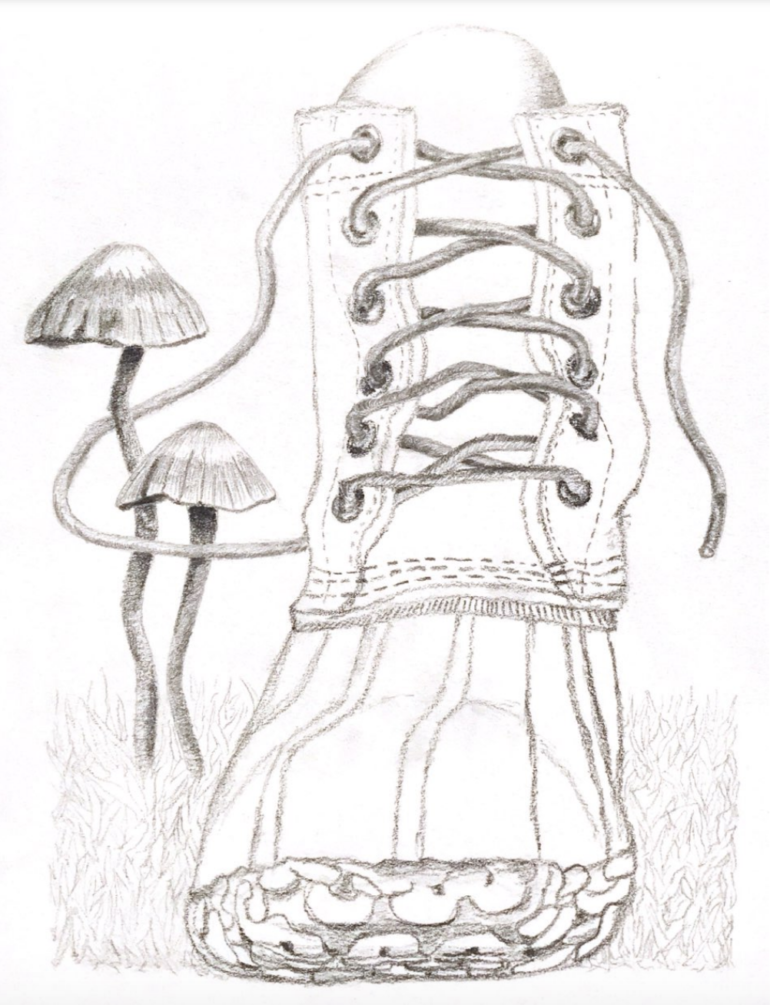 The New York hardwiring kicked in; my muscles tensed. Slowly, with a sense of doom, I craned my neck to see not one, but three of their frantic bodies shivering above me on a branch. SKree! SKREE! Squirrels!

I had reason to fear. Last December, a spate of squirrel attacks tore through the neighborhood of Rego Park in Queens. One survivor, emerging from bloodstained snow, compared the ordeal to an MMA cage match. Another said her assailant would wait atop the mailbox to harass her husband. And the threat goes beyond NYC—these terrorists’ reach is nationwide. Squirrels remain the top cause of power outages across America, despite utilities’ efforts to prevent them from gnawing into substations.

Luckily for me, I was in East Rock, and this particular trio was wracked by infighting. Two of them skittered from limb to limb, nipping and twisting, all the while screaming epithets at each other. The third ambled about placidly, only darting away when one of the combatants tried to mate with her. Occasionally their chatter was punctuated by the THWUMP of snow tumbling from nearby roofs, or by the elm’s pained groan as it weathered their acrobatics.

The battle stopped abruptly. One male hopped about, the female dozed, but the other male came near to her and, inhaling deeply, began to sing. Uooo. Uoooooo. My girlfriend Saachi and I sat down in a snowdrift to listen. I had never noticed how expressive their voices are—an eclectic mix of whines, chirps, chirrups, and chatters. And after a while their movements, seemingly manic, began to feel like part of a ‘squirrel time’ with its own internal logic.

My bottom burned from the cold. Above the meshed branches, a snowy owl was cutting generous circles in the blue sky. Sun on puddles. French fry smells from Archie Moore’s. Melting icicles sent rivulets running to the base of the elm, and glancing up I realized the squirrels had noticed me. Ch ch! Ch Ch! Two told me off heatedly, but as a furry rump edged out of a burl I could also make out, just barely, the faint ee of small childlike voices.

The pandemic has made human connections hard to sustain, but it’s also revealed how many nonhuman beings I had never noticed. Bugs, for instance: an average house, no matter how clean, is home to about 100 arthropod species. People don’t often think of their houses as ecosystems, yet as with any other there’s an intricate interplay between creatures of wildly different timescales and needs. That’s inconvenient for us humans, for whom ownership means sole rights—insects threaten the ideal of the home as a sterile place beyond nature. Yet leaning into that interconnection, wherever we go, can make us more empathetic (and less lonely).

One night in fall, done with problem sets, I burst into the backyard. I cycled through happy dances—Erratic Hip Swing, Napoleon Dynamite, the Wriggle. The post-rain ground gave a moist squidge with each leap. Squip. Squidge. Halfway through my Devendra Banhart tribute dance, however, it struck me that concrete backyards aren’t typically squidgy. Uh oh. Sure enough, in the light of my phone flashlight the ground was littered with splattered slugs, more than a dozen of them, their innards glimmering Pollockly throughout the yard. It was their dinnertime; they had come out at night to eat fallen leaves and curled bugs.

It might seem ridiculous to cry over spilt slugs. But it struck me that my anthropocentrism wasn’t far from that of companies devastating the environment on a larger scale. If the damage I caused was less critical, it was because my feet were smaller. The mindset is the same: humans are alone in the world. “Nature,” out there, is separate from daily life. It’s a place to go to relax; a resource bank; a loose assortment of trees being chopped and re-planted, rivers toxified and cleaned, the whole earth progressing and regressing in linear lurches.

Our abuse of the planet poses a material threat to society and is inextricably tied to institutional racism and classicism. What’s at risk isn’t merely the future of national parks, but the ability of people today to survive and lead healthy lives, especially BIPOC and low-income communities. And I’ve found that disregard for one’s surroundings, which enables their destruction, is also simply a recipe for unhappiness.

When I moved back to New Haven in January, I was worried it would be depressing. Last winter’s skies were usually gray, and I was now living far from campus in East Rock. But this year, spending most of the days with Saachi, things were different. Streets lined with seemingly-inert trees became a rich network of nutrient exchange with fungi; mother trees fed their saplings sugar, and young sprouts buttressed wandering wrens. A spider crawled into the sink. The river froze over, and one night a Great Blue Heron rustled past me on the bridge. Crescent mushrooms poked out from the snow. Squirrels ran the telephone cables.

One morning, the two of us woke up at 6 a.m. to drive to Hammonasset Beach State Park. It’s teeming with wildlife; its sprawling salt marsh produces more biomass than a rainforest each year, and I was excited to spot some of its incredible birds. We took the highway for about half an hour, then pulled up to the entrance only to confront a roadblock and an imposing truck presiding over the passageway. I stepped out. I was wearing pants that stopped at my shins, and a green shirt embroidered with monsters. A park ranger exited the van and yawned, squinting at me. “You with the National Guard?”

As it turned out, we were over an hour early. We drove around aimlessly to kill time, until a cop pulled us over because we seemed lost. So we sat opposite to the ranger as the sun rose. Finally, the gates opened and we rushed through, our excitement unabated. We parked at the point and ran out to explore.

It was three degrees Fahrenheit. That was fine when I had ducked out for thirty seconds, but within five minutes our toes were in excruciating pain. The beach was deserted. A single seagull huddled by the toilets, skeptical. We waded into the grasses and tried to appreciate the brilliant sea, only it was much too cold for appreciating anything. Shhh-phhh. The marsh laughed at us airily. We were fading fast, so we ran back to the car—the engine was frozen up. Panic. There was no heat, no one around, it was a rental car. Our breath came out in plumes. Miraculously, the car eventually started on the fifth try; we fled Hammonasset for the safety of home.

I collapsed on the couch when I got home, drained. What about being out in nature? I got up to lower the shades… and came face-to-face with a robin. It was fat and plain-looking, the squirrel of birds. It hopped about the dogwood tree right outside the window, nibbling on berries and pooping indiscriminately. But its head tilted curiously when I waved, and it didn’t take off. The next day it was back, and the next after that too. Most days now, it’s there outside my window—maybe it always was—if I remember to look.

—Jack Delaney is a sophomore in Pierson College and Executive Editor.